Showing support for armed forces is a tradition as old as time. R.E.D., a modern version of supporting troops, is an abbreviation for Remember Everyone Deployed. Although the start of this practice is not easy to distinguish, the unwavering support of the movement is unsurprisingly astounding.

Wearing red on Fridays, known as RED Friday, is the weekly tradition for American and Canadian civilians to wear an article of red clothing to support troops that are deployed abroad. There are two stories of the beginning of RED Fridays: a chain email (believe it or not!) going around in 2006 encouraged people to wear a red article of clothing on Fridays and to forward this email to their friends, family, and email contacts. The other origin story comes from our neighbors to the north, Canada, as the Canadian citizens rallied to wear red to support their soldiers deployed in Afghanistan as a part of the Global War on Terrorism.

How To Wear RED

Participating and supporting RED Fridays is as simple as it sounds, wear red on Fridays! Wearing red is not limited to wearing a military-themed t-shirt. Every workplace has its own culture and dress code, so for some wearing a military centered t-shirt is almost impossible. To still show support, wear a red tie, red lapel pin, or a red work appropriate shirt. There is power in numbers, recruit and rally your coworkers to start wearing red on Fridays to show your support for our deployed troops.

Supporting the Troops in Other Ways

Showing support via clothing and spreading the cause to others is a great way to spread the R.E.D. cause and purpose. There are other ways to show a more tangible support for your community through volunteer work and donations. 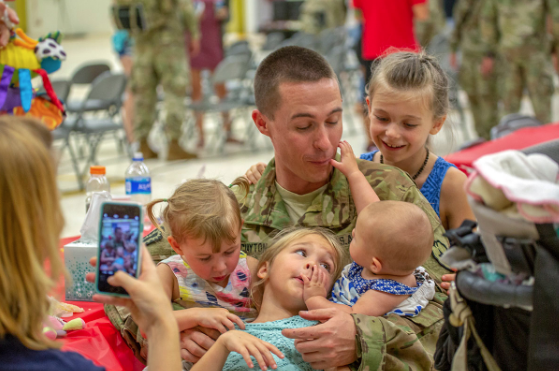 There are many ways to support the service members deployed whether they are in combat zones or not. Wearing a red article of clothing every Friday is a great way to show your support to those around you, and hopefully will encourage them to join you every Friday.