The marathon is the quintessential endurance running event and is recognized as a true test of one’s physical, mental, emotional and spiritual fortitude. It’s a personal battle against one’s self for 26.2 miles, lasting anywhere from two hours, 10 minutes to eight and half hours to complete for the standard runner. For wounded military veterans and their handlers, it’s not about finishing first but simply about enduring the miles to finish the race while honoring others by giving back through a multitude of charitable organizations that support causes important to the military community and its veterans. Furthermore, it’s more about accomplishing what was once more seemingly obtainable without their combat injuries to demonstrate they can overcome their personal challenges to succeed in running and complete a marathon. It is about more than just finishing!

Here are a few short summaries to highlight wounded military veterans who have moved on from their injuries to honor others through running 26.2 miles and finishing the marathon.

Blinded as a result of injuries sustained during a mortar attack in Iraq in 2006, Special Operations Major Ivan Castro has not been deterred by the limitations of his sight, or lack thereof. Instead, he took to running marathons, completing his first in 2007–the Marine Corps Marathon–a year after he sustained his injuries. Running the marathon was a personal goal to demonstrate how far he had come since the incident. Since then, Castro has completed over 50 marathons, as well as cycled across America and trekked 200 miles across Antarctica to the South Pole. In 2017, Castro, partnered with Karl Hinett–himself a wounded veteran of the British military–completed the Boston Marathon and the London Marathon to raise mental health awareness through Heads Together, founded by the British Royal Family. Major Castro may not see the fruits of his labors but he certainly feels their impact on his feet as he completes each step.

In 2017, Major Ivan Castro officially retired after serving for three decades in the U.S. Army with 7th Special Forces Group (Airborne), the 82nd Airborne Division at Fort Bragg, NC, and the 101st Airborne Division (Air Assault), Fort Campbell, KY. He won’t slow down in retirement as he plans to continue to run marathons and continue his work raising contributions for wounded warriors in the United States and assisting Prince Harry in the United Kingdom. 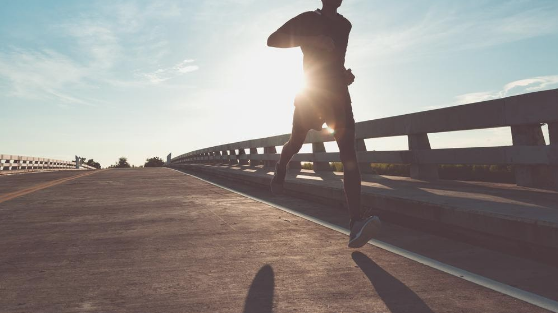 During a combat deployment to Afghanistan in 2008, Staff Sergeant Earl Granville’s vehicle was struck by a roadside bomb, killing Specialist Derek Holland and Major Scott Hagerty. Granville’s leg was injured, requiring it to be amputated at the knee, but he recognized he received a precious gift–a second chance at life. This tough lesson was cut deeper when in 2010 his twin brother, Staff Sergeant Joe Granville, committed suicide while serving in the U.S. Army. He runs with a heavy heart and memories of his lost brothers in arms and twin brother, who convinced him to join the Army.

In 2017, at the finish of the Boston Marathon, Earl carried his handler Andi Piscopo across the finish line after a wave of cheers and surge of adrenaline ran through his body. In subsequent years, he meet Meghan McCain through Achilles Freedom, an organization that assists military veterans in participating in marathons, and developed a personal relationship with Senator John McCain’s daughter. He later met the late Senator himself. So, in 2018, it was only fitting that Granville took up the American flag and ran the New York City Marathon to honor Senator McCain’s memory. Nine hours later, and with the assistance of fellow veteran Johnny Lopez, the mission was complete with more on the horizon.

Today, Granville continues running marathons and advocating for wounded warrior issues. He honors those who struggle with mental illness–as it is personal, twice over–through public speaking and running. 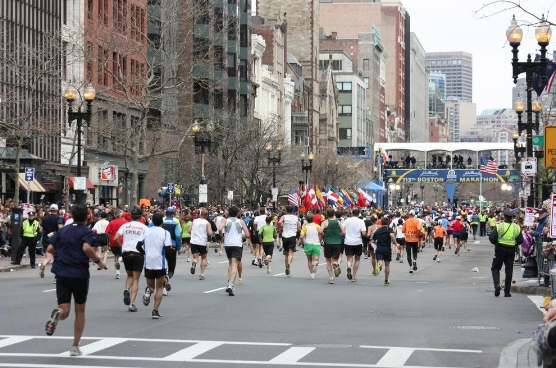 Rob Jones, a native of Virginia, lost both of his legs in an explosion in Afghanistan but it hasn’t slowed him down. In 2015, as a double leg amputee, Rob ran 31 marathons in 31 different cities over 31 days to raise contributions for the Coalition to Salute America’s Heroes, Injured Marine Semper Fi Fund and Stephen Siller Tunnel to Towers Foundation. He wanted to give back to those philanthropic veterans’ organizations that aided him along the road to recovery. He completed his grueling mission in Washington, D.C. on November 13, 2015, the federally observed Veterans’ Day and a day we all should recognize the service of all Americans who served or are serving in our Armed Forces. His story is more about giving back to those who gave to him, and about raising awareness for many marvelous groups who seek to give to those who gave most.

Sergeant Jones was discharged from the United States Marine Corps Reserves in 2011 after serving combat tours both in Iraq (2008) and Afghanistan (2010) and received the Purple Heart for his injuries. Rob continues to pursue his life’s ambition today by giving back while speaking about topics endearing to wounded military veterans and running to raise contributions for those who help them the most.

From Marathon to “the Marathon” It All Matters 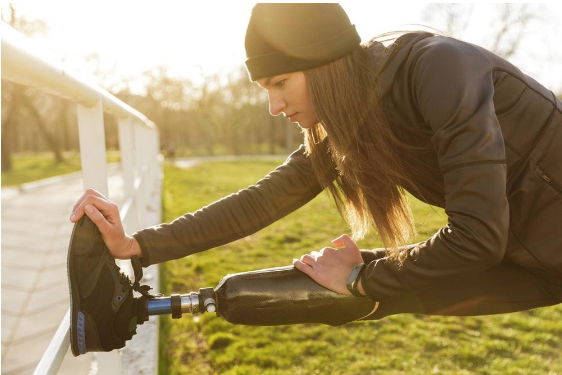 It is most interesting how these wounded military veterans have elected to run marathons as a platform for awareness. Like the famous Pheidippides, who endured many miles to tell the Athenians of their great victory over the Persians at Marathon, their stories inspire others through their personal physical, mental, emotional and spiritual accomplishments.

Their efforts are a most special victory for the wounded military veterans and their supporters alike. Their personal accomplishments provide others a shining example of grit, determination, compassion and generosity. While each wounded military veteran receives a Purple Heart award for injuries suffered in combat, they receive no military medals or ribbons for their personal accomplishments post-military. It’s a labor of love. But to that end, they all say they receive so much more from their athletic endeavors running marathons: Respect for themselves honoring others through living–again.