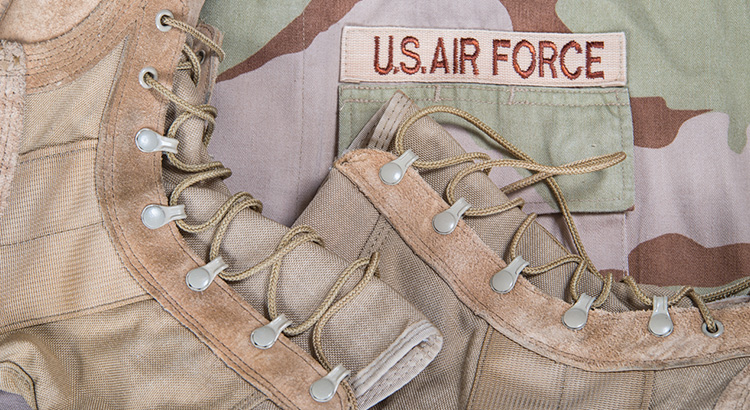 On April 23, 2019, the U.S. Air Force announced new regulations for Operational Camouflage Pattern (OCP) patches. If you or another Airman you know are concerned about the recent changes, consult your local chain of command for clarification on how these new regulations will affect your current U.S. Air Force patches.

The Airman Battle Uniform, or ABU, is the print and style of uniform worn in combat by active members of the Air Force. Much like the camouflage print of the Army and Marines, the Air Force ABUs debuted in the early 2000s with a tiger-stripe pattern reminiscent of the Vietnam era. Initially, the uniform pattern was a gray-and-blue color scheme, but it was later changed to the green-and-tan color scheme similar to the Army combat fatigues. Unlike the Army, the Air Force opted to keep light gray-blue tones in their pattern. 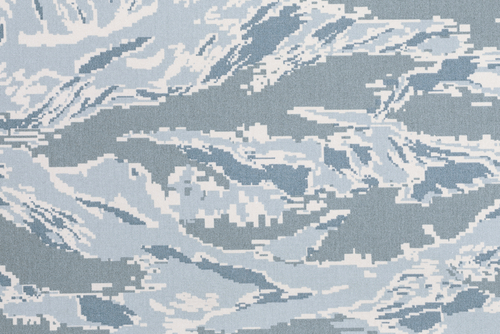 In 2011, this color scheme was revised and replaced with the multi-cam pattern used by the Army in Operation Enduring Freedom. In 2018, the decision was made to switch the pattern again and integrate the uniforms by 2021, discontinuing the ABU. Because previous OCP patches were crafted to be worn on the old schemes, the new OCP uniforms will require adjustments to the patches.

Unlike the first uniform pattern, the new OCPs contain no traces of blue or gray. Instead, the new camouflage features shades of tan, light brown and dark brown. It is expected that all enlisted Airmen must wear the new OCP uniform by April 2021. In anticipation of this switch, all newly enlisted members are issued the OCP uniform during basic training. Officer training schools and Reserve Officer Training Corps are also utilizing the new uniforms immediately.

While some Airmen are unhappy about the switch, it does have its benefits. With the new patterns, Airmen will blend in with service members from other branches more easily when they are deployed and in combat overseas. This creates a more unified look during battle and while branches are conducting joint missions. Additionally, it is thought to be more comfortable to wear than the old ABUs and can be worn in a variety of climates without much discomfort.

Perhaps most importantly, the option to wear unit patches is restored with the new OCP uniforms. Many unit patches could no longer be used with the 2007 version of the ABU. According to Lt. Gen. Mark D. Kelly, “The new unit patch configuration of the OCP and 2PFDU also aligns with the traditional FDU, elevating the significance of squadron focus and identity, which supports CSAF’s intent to revitalize squadrons.” This morale-boosting move will leave plenty of Airmen proud to wear their squadron insignia in combat.

Chief Master Sergeant of the Air Force Kaleth Wright is also eyeing changes to the PT uniforms and dress blues in the coming months. The efforts come from a renewed effort to return to traditional military-style uniforms. 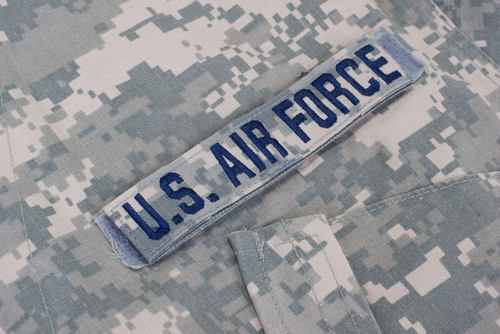 Airmen are authorized to wear their current mandatory black-and-green United States flag patches on their uniforms until June 1, 2020. They will then need to replace the subdued flag with the spice-brown flag that matches the new OCP color scheme. Infrared flags will not be authorized for wear with the new OCP uniform, nor will any color patches except in special circumstances.

Current black-and-green subdued mandatory higher headquarters patches may be worn until April 2021 at the latest. Most of the new uniform and Air Force OCP patch color rollout will likely be completed before that time.

These patches will have new locations on the OCP, making it an easier “sleeve-swap” than in early versions of the style. The squadron patch will sit below the U.S. flag on the right sleeve, for a maximum of two patches on the right arm. On the left sleeve, the higher headquarters patch will sit in the middle.

If you are still using your black-and-green subdued patches, you will need to make the switch soon. You can retire your old U.S. Air Force patches and add them to part of a display of your accomplishments in your home. Your grandparents, parents or siblings might also like to display this important piece of your Air Force service history.

The best source of information for incoming uniform changes is always your captain, squadron leader or official communications from the Air Force. The Air Force’s website is another tool to stay up to date on what you need to do with your current subdued patches. For unique ideas to display your old Air Force patches, call Medals of America at 1-800-308-0849 today or explore our website.