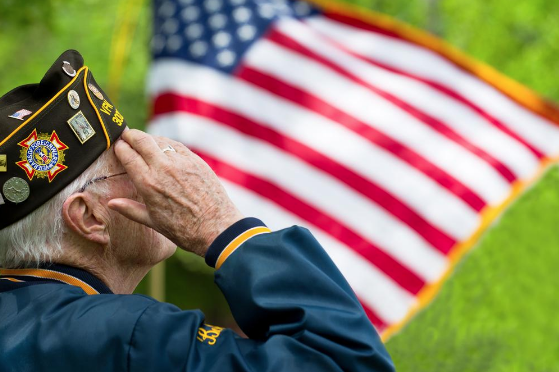 How America Honors its Servicemen & Women

America honors its veterans in very unique ways. From parades and gravestone ceremonies of Memorial Day to the Purple Heart and numerous medals & award ceremonies, American citizens of all stripes and stature stand and recognize the sacrifices so often given by their fellow citizens upon the altar of freedom. And while Veterans Day may be a national holiday, there are still a number of misconceptions that surround it.

The biggest misconception of Veterans Day, at least with members of the general public, regards the very meaning of the holiday itself. Much to the chagrin of all living veterans and according to the Department of Veterans Affairs most Americans confuse Veterans Day with Memorial Day. To the uninitiated this makes sense. Both Veterans Day and Memorial Day are national holidays, they both honor servicemen and women and both are steeped in tradition and ceremony. But Veterans Day has a meaning all its own. While Memorial Day grew out of Post Civil War traditions of decorated soldiers’ graves and is dedicated to honoring all of those who gave their lives in service, Veterans Day honors all who have served their country, in war or peace, the living and the dead. Veterans Day is largely intended to honor living veterans, no matter the length and depth of their service.

The origins of Veterans Day can be traced directly back to the end of World War 1. While the United States was late to joining the conflict, not officially becoming entrenched until 1917, in just a few short years the nation saw 116,000 lives lost and about 320,000 other casualties. Many of these soldiers were buried in more than 2,300 temporary cemeteries built on European soil. On November 11th, 1919 President Woodrow Wilson commemorated the first Armistice Day, celebrating the end of war and specifically honoring its fallen. Proclaiming that,

“To us in America, the reflections of Armistice Day will be filled with solemn pride in the heroism of those who died in the country’s service and with gratitude for the victory, both because of the thing from which it has freed us and because of the opportunity it has given America to show her sympathy with peace and justice in the councils of the nations…” 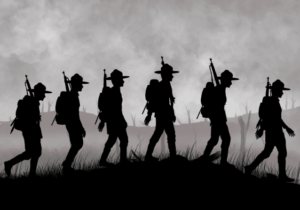 Armistice Day remained relatively unchanged until 1938 when it became an official national holiday. This legislation cemented November 11th as a day “dedicated to the cause of world peace and to be hereafter celebrated and known as ‘Armistice Day.'”

The hope was that the War to End all Wars would surely live up to its name and thus Armistice Day would be the last we ever needed of such a remembrance; World War II and the Korean War changed all of that. It was shortly after the end of World War II that we saw the modern Veterans Day begin to emerge. The first celebration to use the term Veterans Day took place in Birmingham, Alabama, in 1947. A World War II veteran by the name of Raymond Weeks organized a “National Veterans Day” celebration. The event took place on November 11th and included a parade and other festivities to honor all veterans.

In 1953, Alvin J. King, an Emporia, Kansas, cobbler who had lost a nephew during World War II, petitioned the city to rename the holiday to honor all who had served. That year, the city celebrated Veterans Day on November 11 instead.

Just the following year, in 1954, U.S. Representative Edward Rees of Kansas proposed a bill that would officially change Armistice Day to Veterans Day. Having just survived World War II and the Korean War, it was important to expand the solemn holiday to include not just those who served in World War I, but all US veterans. President Eisenhower, with the support of the veteran’s service organizations and the 83rd U.S. Congress, amended the Act of 1938, striking out the word “Armistice” and inserting the word “Veterans. Thus, the modern Veterans Day was officially born. 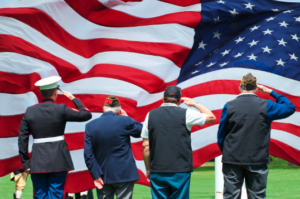 The Moving Holiday
Oddly enough, it wasn’t long before Veterans Day saw even more changes. Veterans Day was originally decreed to take place on November 11th, no matter what day of the week it happened to fall on. But in 1968, Congress passed the Uniform Holiday Bill. Its goal was to ensure three-day holiday weekends for all federal employees by placing four existing national holidays on Mondays. Washington’s Birthday, Memorial Day, Veterans Day and Columbus Day would now all fall on a particular Monday around their original date. The office of Veterans Affairs stated that, “these extended weekends would encourage travel, recreational and cultural activities and stimulate greater industrial and commercial production.”

Not only did this cause confusion, it caused a massive backlash. Veterans Day was first moved off its Nov. 11 day to a Monday on Oct. 25, 1971. Many states and municipalities did not agree with this decision and they simply continued to celebrate Veterans Day and the other holidays on their original dates.

The 3-day weekend change for Veterans Day did not hold. On September 20, 1975, President Gerald R. Ford signed a law which returned the annual observance of Veterans Day to its original date of Nov. 11. Since then, Veterans Day is annually observed on November 11th. The Office of Veterans Affairs later noted, “it was quite apparent that the commemoration of this day was a matter of historic and patriotic significance to a great number of our citizens.” 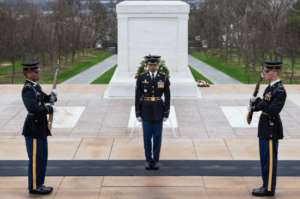 At 11 a.m. on November 11, a combined color guard representing all military services executes “Present Arms” at the tomb. The nation’s tribute to its war dead is symbolized by the laying of a presidential wreath while the bugler plays “taps.” The conclusion of the ceremony takes place in the amphitheater.

Additional Veterans Day ceremonies from around the nation are coordinated by the Governors who appoint Veterans Day chairpersons who, in cooperation with the National Committee and the Department of Defense, arrange, host and promote local ceremonies.

Every year Veterans Day gives each of us an opportunity to celebrate and honor America’s veterans. Not just for their willingness to serve, but for their patriotism, their love of country and their sacrifice for the common good.

Find all sorts of gear, memorabilia, and patriotic salutes to veterans with Medals of America. And if you’re a vet, thank you for your service.