Patriot day is a holiday that is dedicated to the victims who lost their lives on September 11th, 2001. This year marks the 20th anniversary of the attacks that occurred at the World Trade Center and the Pentagon. Seven days after the attacks the US Congress made this an official holiday to give remembrance for one of the most tragic days in our history. This is a day to honor the victims, but also honors the first responders and service members who sacrificed their lives during the aftermath of the attacks.

The attack on the World Trade Center was the biggest terrorist attack we have seen on US soil. Close to 3,000 people lost their lives that day due to these horrible acts that were done. This caused President George W. Bush to take immediate action for this was an act of terrorism. This day caused so much pain and horror in the lives of everyone and was heard around the world.

There were four planes that were hijacked on this day and two of them were sent to attack the World Trade Center. At 8:46 AM eastern standard time, an American Airlines Boeing 767 that had 20,000 gallons of jet fuel struck the North Tower on the 80th floor. 18 minutes later a second plane struck the South Tower around the 60th floor.

After the first plane hit this began immediate panic and actions of saving initiated. The attacks on both towers caused massive explosions that showered debris on innocent civilians below which cause fatal injuries and death as well. After these actions that took place 20 years ago, it became apparent that the United States was under attack.

The World Trade Center was not the only location that had a hit on them that day. The west side of the Pentagon military headquarters also fell victim.  While the events in New York were taking place, an American Airlines Flight 77 circled downtown Washington, D.C. around 9:45 am and crashed into the Pentagon. 125 military personnel were killed along with 64 people that were on the hijacked plane. These attacks led to structural damage ultimately leading to the building collapsing.

There was a fourth plane that was hijacked and set to make an attack but ended up crashing in a field in Shanksville, Pennsylvania. Leading to thousands of deaths and making not wanted history, this day has gone down as one of the saddest in our country’s timeline. It has been 20 years now and many are still affected by what occurred at the World Trade Center and the Pentagon.

With this holiday being a day of remembrance, there is a lot of things you can do to participate in remembering the ones whose lives were cut short. One simple way is having a moment of silence at 8:46 AM eastern time, which was the exact time the first plane hit the World Trade Center. Another easy way to give your condolences and honor those who have passed on this day is placing the flag half staff which every government building does on this holiday. Or if you happen to live in the area of the attacks visit memorials or attend ceremonial remembrance services.

There is also the National 9/11 Pentagon Memorial which is a set of 184 benches with the name of the victims on them to be displayed in their honor at the Pentagon. Both of these historical sites will have ceremonies of remembrance on Patriot Day.

The name Patriot Day does have some confusion to it since there is a Patriot’s Day. Like already stated Patriot Day is to honor the horrible events that took place on September 11th. Patriot’s Day is the third Monday of April which commemorates Paul Revere’s famous “The British Are Coming” ride in New England. Both very impactful holiday’s in our history, but very different in the ways they are celebrated. 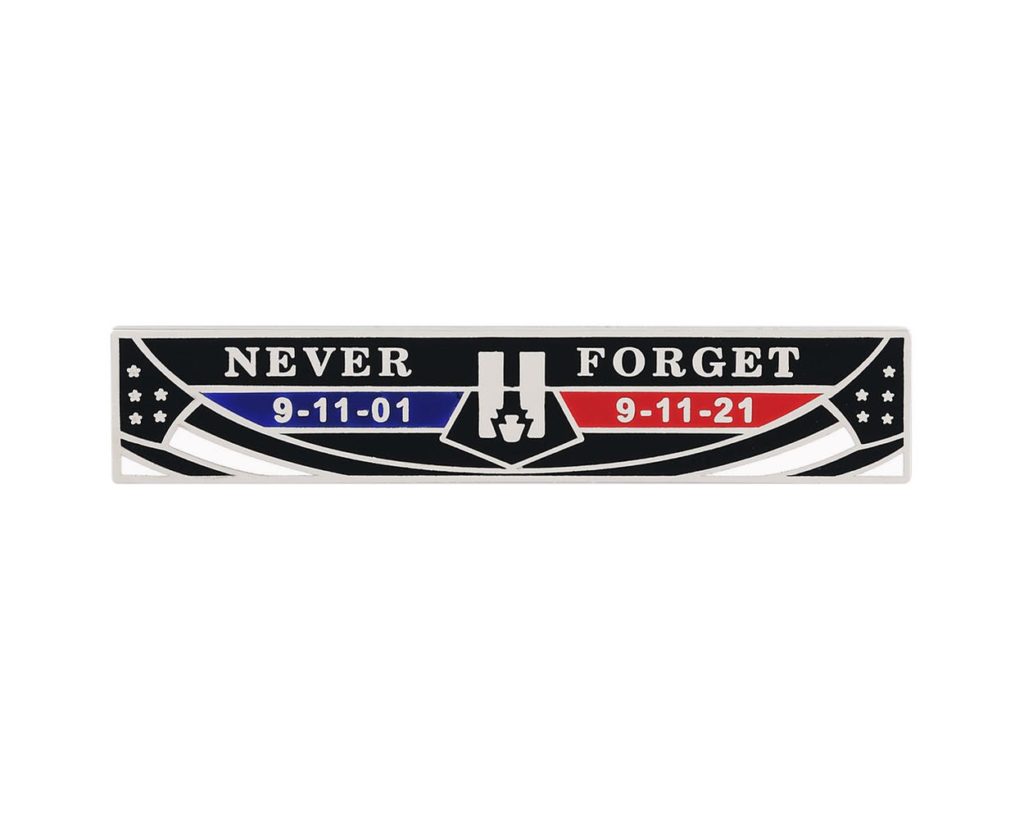 There are a lot of ways to honor and give remembrance to the loved ones lost, especially ones who were in service. To start you could wear a 9/11 Anniversary Remembrance Pin to honor those fallen whether they are loved ones, first responders, or people who have participated in service. Also displaying insignia of those who were taken away from us at the Pentagon or first responders in a shadow box for remembrance ceremonies is another nice gesture.

September 11th, 2001 with be a day in history that will never go unrecognized. Till this day even 20 years later have importance to the men and women serving our country to make sure nothing like the events that happened that day reoccur. This Patriot Day take some time to remember that and thank local first responders and people in service for what they sacrifice. We will never forget and will always honor the ones who were victims on this tragic day.