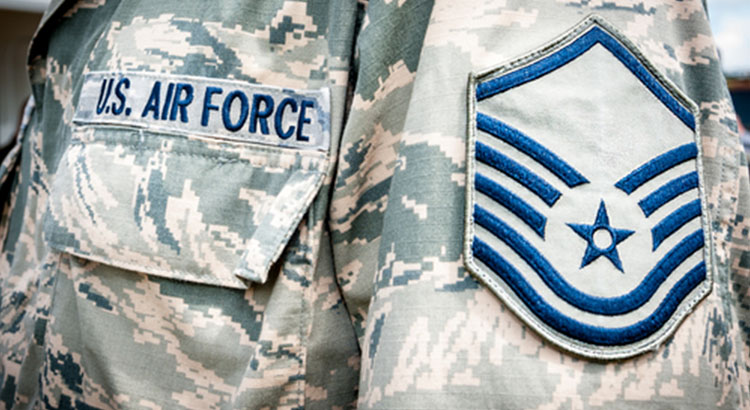 The Air Force has many enlisted members who perform duties unrelated to flying. These duties, or occupations, are part of what keeps the pilots flying and missions on target. Occupational badges, first introduced in the 1950s, recognize the qualifications, training and education that airmen receive in a field. They are broken up into different Career Groups which include: Logistics, Medical, Operations, Support and Professional. As enlisted airmen put more time into their career fields, they can earn higher levels of Air Force badges. The three levels are generally Basic, Senior and Master.

Missile Operations and Missile Maintenance badges are awarded to airmen who are trained in launching air- and land-based tactical and nuclear missiles. It was created in 1958 during the early stages of the Cold War when nuclear weapons were required to be at-the-ready at all times. While Missile Operations with an operations designator was temporarily decommissioned in 1987 after the Titan missile system deactivation, it was reinstated in 2008. The reinstatement of operations designator came with the assignment to new intercontinental ballistic missiles.

The Missile Operations badge is the largest of all the occupational badges, and is issued in Basic, Senior and Command or Master levels. Command levels are awarded to those trained in operations, while Master levels are awarded to those in maintenance. While it was originally part of the Air Force Space Command, Missile Operations was merged with the Air Force Global Strike Command in 2011. 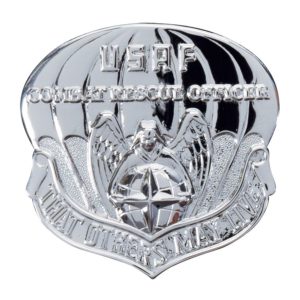 Combat Rescue Officers became an Occupational badge in 2000. They are an integral part of recovery operations, and are in charge of training, mobilizing and equipping airmen who will rescue airmen, recover their bodies, or recover materials from battlefields and other theaters. They coordinate with pararescue and other special operations to design and execute recovery missions.

Combat Rescue Officers, because of their jobs, must also be leaders. They are in charge of organizing many moving pieces, bringing together other subsets of the Air Force so that the recovery mission can be successful. They are experts in their field and provide support to theater command, control structure, and command battle staff. They can perform all of the functions of Survival, Evasion, Resistance and Escape actions.

The Emergency Management badge is issued to airmen whose expertise falls into the matters of Chemical, Biological, Radiological and Nuclear warfare. They prepare contingency plans and coordinate with Combat Rescue Officers during recovery operations. They monitor the airbases and communicate problems, hazards and training. If weapons of mass destruction are fired upon the United States or its allies, Emergency Management personnel are coordinating the response efforts.

The Emergency Management airmen are not limited just to chemical warfare disasters. In 2011, they were a crucial part of rescue and clean-up efforts in the wake of the tsunami and earthquake that rocked Japan. They coordinated with other units of the Armed Forces to bring in water and food to the affected areas and assisted with the decision-making process regarding the Fukushima nuclear power plant clean-up process. 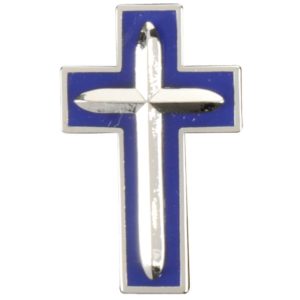 The Chaplain badge distinguishes the Chaplains according to five religions: Buddhist, Hindu, Christian, Muslim and Jewish.

Many airmen choose this career path because the Air Force pays for their schooling and residency costs. Instead of incurring the huge amount of student loans that come from civilian medical schools, airmen can receive the full breadth of medical training and enter the medical field debt-free upon their release or retirement from the Air Force in addition to a Medical Corps badge.

The Occupational badges of the United States Air Force each come with a unique history and specialized technical training. An Air Force badge builder is a special way to honor the service, training and time you or your loved one has spent in the occupational field.