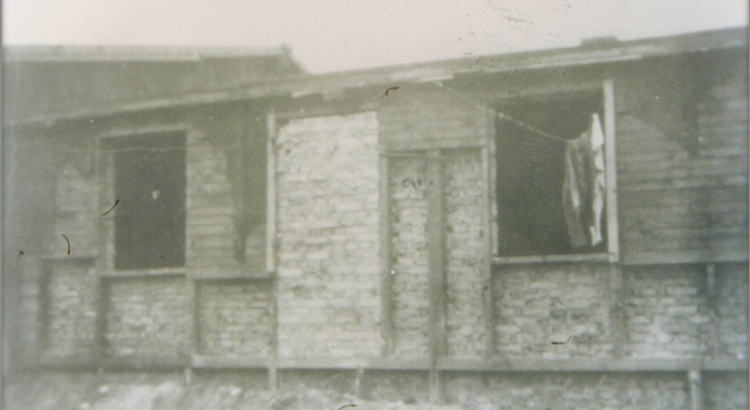 The Next Chapter: Prisoner Camp

After capture, Ram was sent to civilian hospitals in Kiel and Flensburg, Germany. After he regained his health, he, and other prisoners, were sent to the Interrogation Center in Frankfurt, Germany. It was common for American prisoners to be divided into non-commissioned officers and officers and sent off to separate camps.

Ram was in Stalag IX-C, a prison hospital in Berlin, from June to September 1943. In Late September he was moved to Stalag VII-A and stayed until October 1943. Stalag VII-A was Germany’s largest P.O.W. camp and served as a “transit camp” where prisoners were processed on their way to other camps.

October 23, 1943 Walter Ram was transferred to Stalag XVII-B, located near Krems, Austria. He was held there for 19 months until the camp was liberated in May of 1945. Stalag VXII-B (Stalag 17-B) was one of the worst prisoner camps Germany had to offer, becoming one of the most notorious during WWII.

Nestled in the middle of the Austrian countryside, Stalag 17-B had double rows of barbed wire adorned with machine guns and towers. Makeshift mattresses were filled with straw, infested with fleas and ticks. Stalag 17-B prisoners were starved, their Red Cross packages went “missing” en route. The Red Cross rations contained canned tuna, cheese, dehydrated milk, liver paste, and raisins, along with margarine, sugar, several packs of cigarettes, and two bars of condensed chocolate. What prisoners were actually given by the German guards is

Each barrack in Stalag 17-B was 100 feet x 240 feet and could comfortably fit 180 men; at least 240 men were crowded into each one. Men slept in bunkbeds with make-shift mattresses and the rooms had no windowpanes resulting in freezing nights.

In April, 1945 the war was coming to an end and all of the POWs were ordered to be executed. German guards evacuated Stalag 17-B and forced the prisoners to march west. They marched for 30 days and covered 298 miles of frozen ground with snowy and rainy conditions. Roughly 4,200 prisoners marched, one of them was Walter Ram.

Patton’s Army, the 3rd Army, liberated the POW group in May 1945, near the Austria-Germany border. After 30 days of almost non-stop marching, 393 of the original 4,200 prisoners did not survive.