Purple Heart Day is celebrated August 7 every year. It is also referred to as Purple Heart Recognition Day, National Purple Heart Day, and Purple Heart Appreciation Day. Every year we take a day to acknowledge those who have served for our country and have been wounded in battle, were a POW, or have died of their combat related injuries.

The Purple Heart was established August 7, 1782 by President George Washington as the Badge of Military Merit. The badge was only awarded three times before it became obsolete.  The award was re-established February 22, 1932, in honor of Washington’s 200th birthday. During WWII the Purple Heart was awarded based on merit and being wounded in combat.

In 1996 the medal was awarded to those who were POWs, suffer wounds from a terrorist attack, or suffer from friendly fire intended for enemy forces.

In the order of precedence, the medal is placed below the Bronze Star and above the Defense Meritorious Service Medal.

After the award was reinstated in 1932, the Purple Heart was awarded to service members who were awarded the Army Wound Ribbon, the Meritorious Service Citation Certificate, or were authorized to wear wound chevrons on their uniforms.

In 1942 by executive order, the medal was awarded to all branches and only included injuries sustained from battle.

In 1984 the medals’ eligibility was extended for those who were POWs, suffer injuries from a terrorist attack, or were caught by friendly fire intended for enemy forces.

Senator Duckworth served in the U.S. Army from 1992 to 2014, was deployed to Iraq, and served in the Illinois National Guard. She was awarded the Purple Heart after she lost both of her legs when her helicopter was shot down. 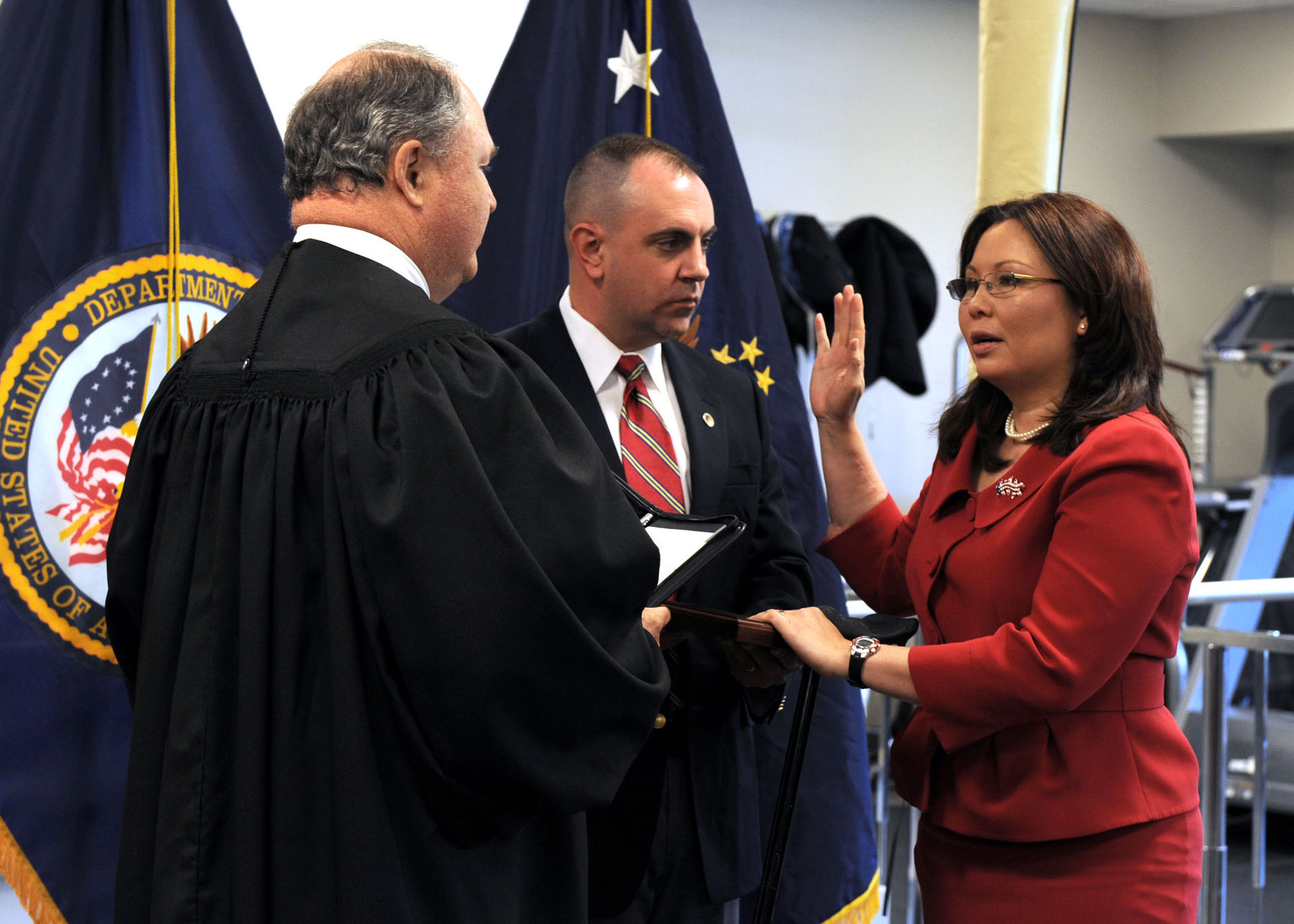 Senator Duckworth went on to serve as a Senator from Illinois.

Shinseki served in the Vietnam War and the Bosnian War and was awarded 19 awards with attachments. Below is an image of his ribbon rack built with our ribbon rack builder.