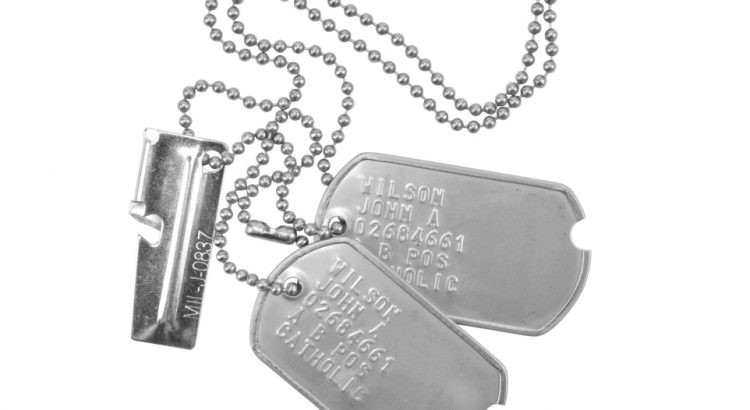 During the American Civil War (1861-1865), the the identification of the killed soldiers was daunting due to the number of casualties during the many battles. The issue was further complicated by inadequate record keeping of personnel assigned to and fighting as regulars or volunteers in both the Union and Confederate militaries, and lost records pertaining to burial locations. The first attempt to provide identification tags were called “name discs” or “soldier pins” of various designs and there was no specific uniformity pertaining to the information provided. Despite their best efforts to mark themselves, historians estimate that 50 percent of those killed in the Civil War were either unaccounted for or simply marked unknown. The nation debated how to address this issue to ensure Americans were properly accounted for, returned home, and given proper burial. 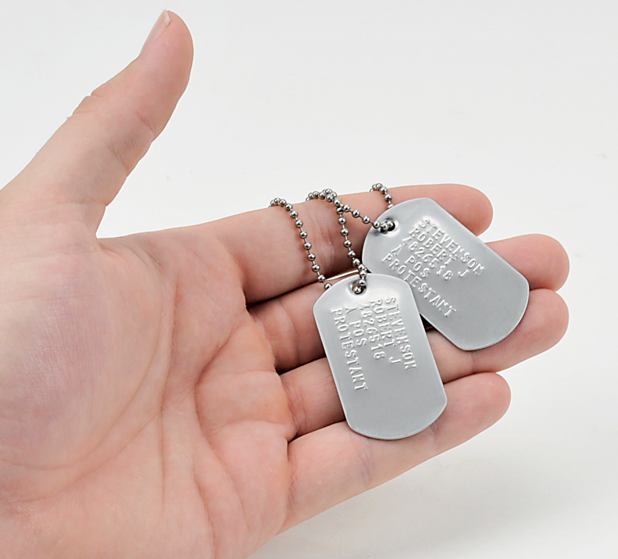 Get Your Military Dog Tag

On December 20, 1906, by General Order #204, the United States government decided upon a circular aluminum disc to be worn as an identification tag, and by 1913 the identification discs were required for all military service members. An aluminum disc the size of a silver half dollar–imprinted with the name, rank, company, regiment or corps, worn by both officer and enlisted member in the field–suspended around the neck.

The U.S. entrance into World War I (1914-1918) in 1917 sped up the production and issuance of the identification tags to ensure all service members, killed or wounded, were accurately identified and accounted for on the field of battle. During World War I, military service members began wearing two identification tags–one remained attached to the body of the deceased while the second was used to mark the coffin or the grave site, often where they fought and died.

In World War II (1939-1945), military service members were issued a rectangular-shaped identification tag, similar to today, with a notch on its bottom edge. It was during World War II the nickname “dog tags” was adopted, but it’s likely the nickname dates back as far as Thomas Jefferson. He wrote the first dog license law in the state of Virginia, requiring dog owners to identify their dogs. The purpose of the law was to identify specific dogs responsible for the slaughter of a farmer’s sheep and hold their owners accountable for their actions. Thus, the dog tag has its origins dating back to the founding of America and has become an important part of military culture since the American Civil War. Meanwhile, military service members during World War II began to use tape or black silicone to silence the  “clinking” sound the tags made as they walked with them hung around their necks. 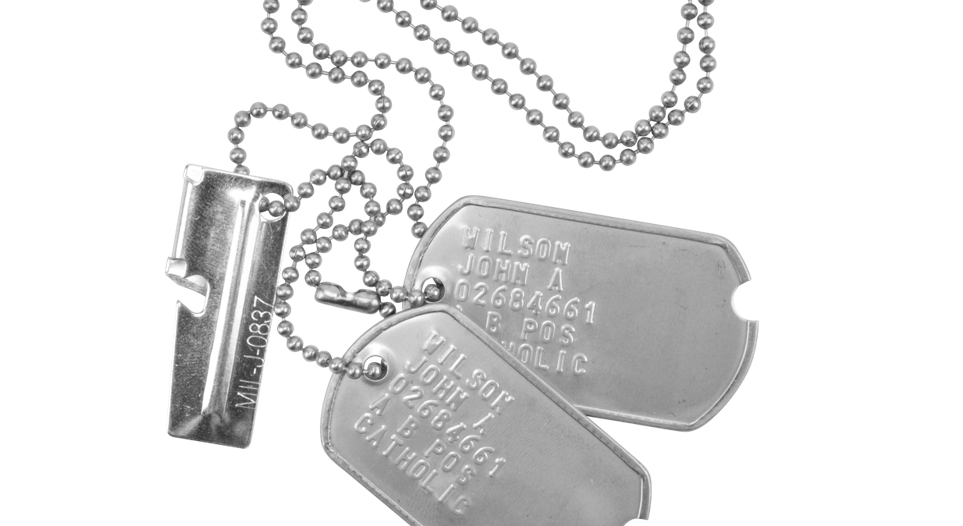 Then later, during the Vietnam War (1955-1975), military service members began to place one custom dog tag in their boot, tied in with their bootlaces. The thought was if their body was dismembered to an extent they were unidentifiable, the dog tag in the boot helped with the recovery of their remains.

Today, the issuance of military dog tags remains an important component of military culture, but reliance on dog tags is more symbolic as technology advances. The dog tags are still stamped with important information (name, serial/social security number, blood type and religious preference), but the military uses medical/dental records and DNA sampling to positively identify deceased military service members. To note, the first identification tags were brass and later a corrosion-resistant alloy of nickel and copper. Today, military dog tags are made of stainless steel. As technology advances so have the materials and processes used to properly identify America’s service members and return them home with honor.

Military dog tags are a great way to commemorate your service to America or the service of a loved one with an identical set representative of the era of their service or a decorative set to display your pride in service, faith, family and country.