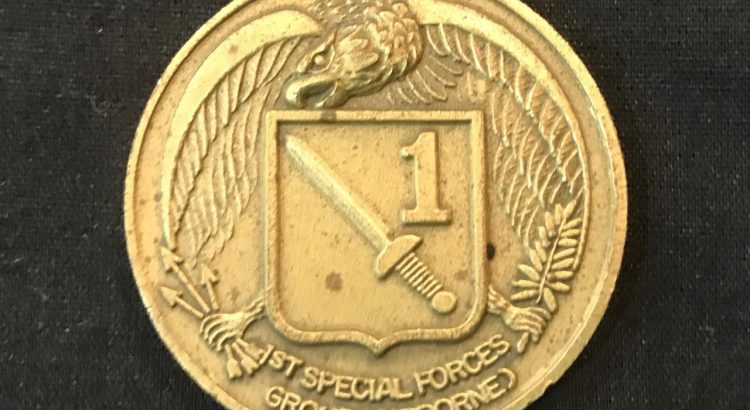 The precise history of military challenge coins is difficult to discern. It’s the material of folklore and legends etched in the past. One particular story traces the origins of challenge coins to the 1st Special Forces Group (Airborne) during the Vietnam War (1956-1975). The U.S. Army’s Special Forces routinely conducted secret missions and, thus, their actions were not recognized overtly with military medals and ribbons, until years later.

Legend has it, the Commander and Sergeant Major of 1st Special Forces Group (Airborne) designed a challenge coin with the unit’s name, flash and logo on the front, and the Special Forces motto, “De Oppresso Liber,” a green beret, a scroll and bayonet and a blank space to enumerate the coin on the reverse. A detailed registry was maintained to record the name, mission and date of action for prosperity.

The challenge coins were presented as a token of appreciation for gallantry in combat. In a manner of speaking, it was a gesture of gratitude to the Special Forces Soldiers who lived in the dark shadows, standing ready to defend freedom and liberty. While it makes for a captivating story, and while true, it does not provide a definitive answer as to the true origin of military challenge coins, only its legendary significance in the context of today. 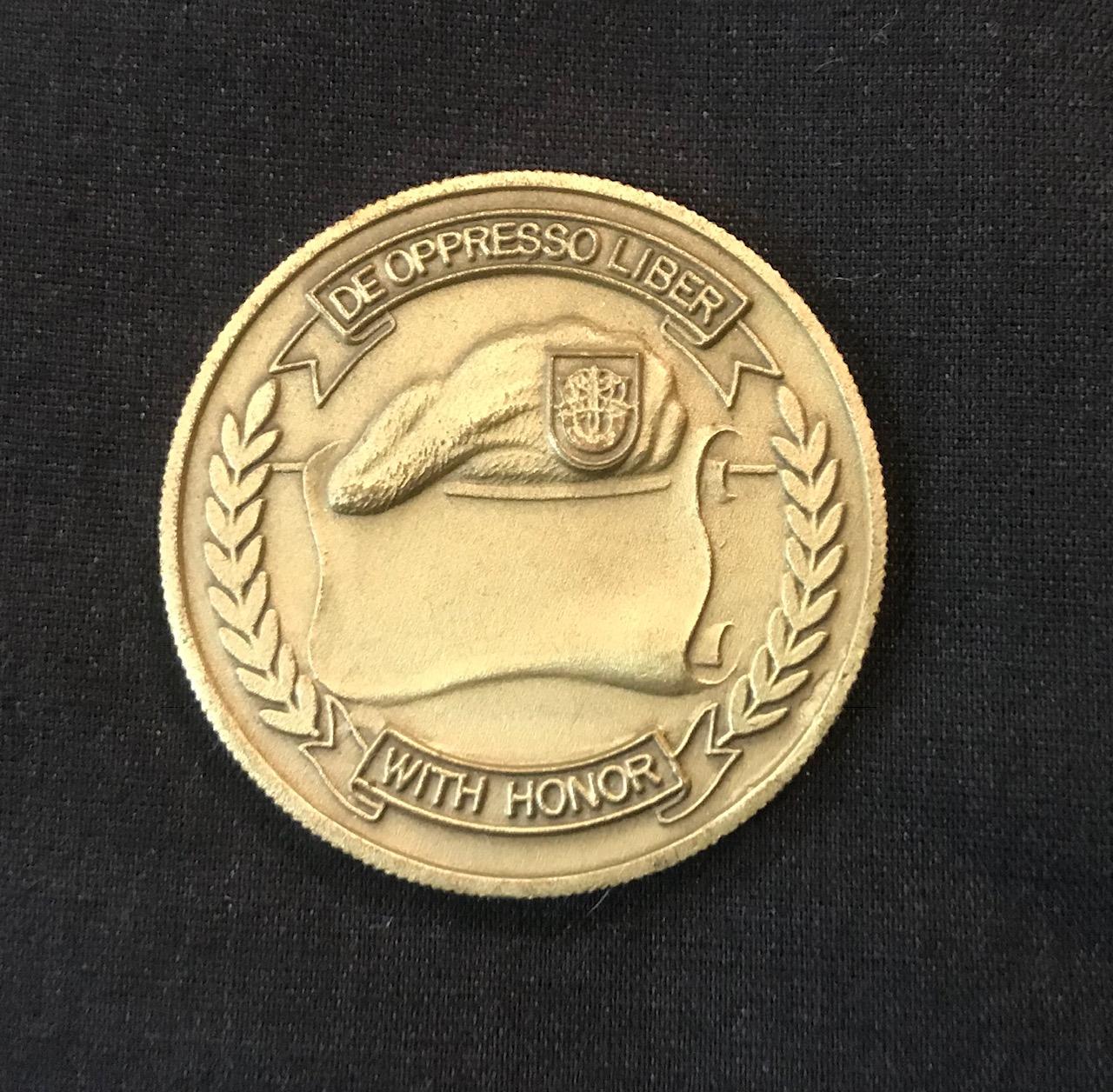 In the end, challenge coins are a great way to recognize performance, and display a unit’s heraldry and history through its design. It’s intended to recognize the contributions and accomplishments of people for actions that span from the remarkably routine to acts of gallantry and valor. Challenge coins are a significant part of military culture and one that, regardless of origin, has expanded outside the military to include law enforcement, fire and rescue and other organizations. It’s a fun way to say “Great job!” or “Thank you!”