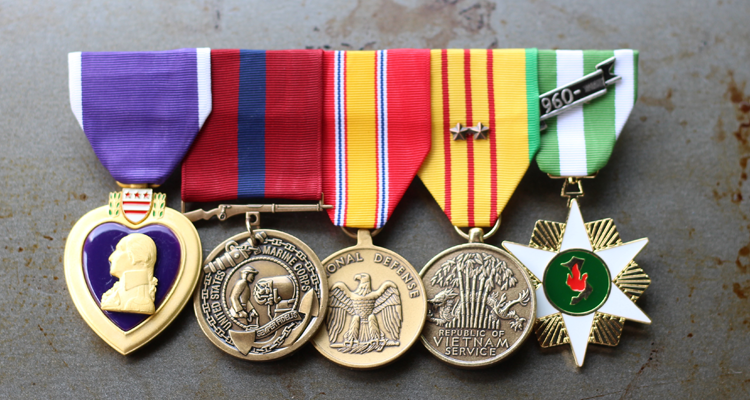 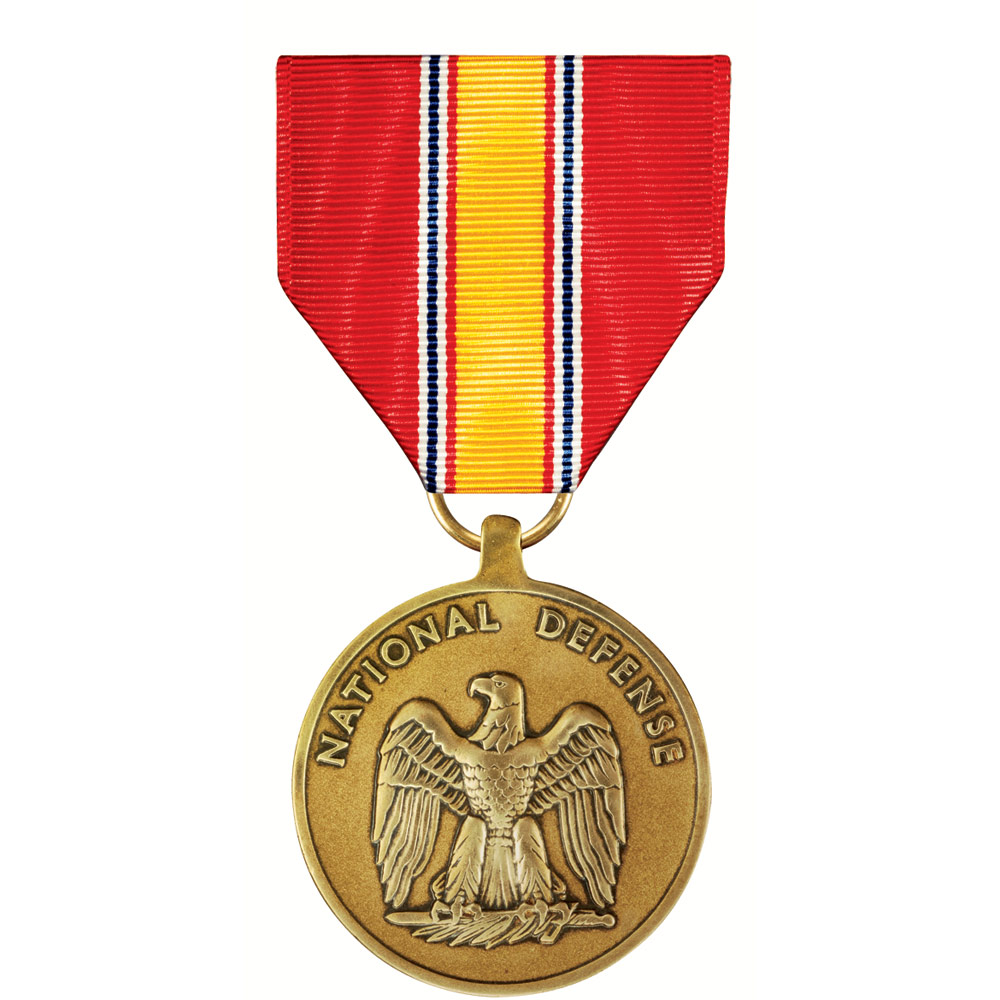 Criteria for the medal:

Later the Department of Defense authorized Reserve and National Guard forces to be awarded the National Defense Service medal after the 9/11 attacks.

The medal is also authorized to those who are serving as cadets or midshipmen at the Air Force, Army or Naval Academies.

Get Your National Defense Medal

The medals’ drapery, the ribbon the medallion hangs on, is red, gold, white, and blue. The gold center stripe represents high ideals, while the red, white, and blue stripes represent the United States flag. Red for hardiness and valor, white for purity of purpose, and blue for perseverance and justice.

The front of the medallion has “National Defense” engraved above a bald eagle with inverted wings standing on a sword and palm branch. The Eagle is the national  emblem of the United States, the sword represents the Armed Forces, and the palm is a symbol of victory.

The back of the medallion has the U.S. shield amidst an oak leaf and laurel spray.