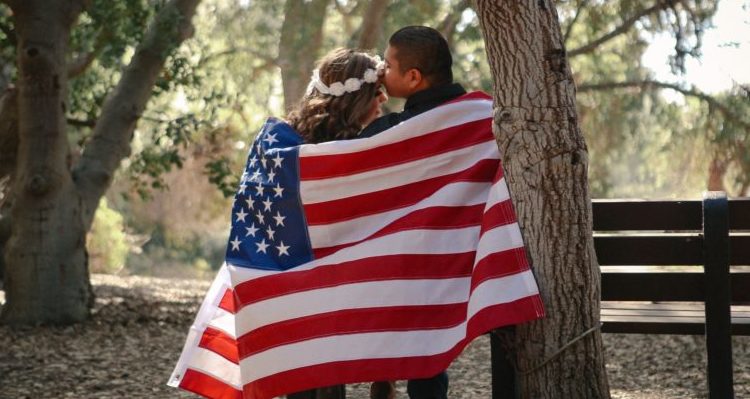 Military Spouse Appreciation Day isn’t a holiday you’ll find a Hallmark card for, but it is one close to the hearts of the Medals Of America Veterans’. We want to honor and recognize the stories from those military spouses close to us who have also sacrificed for this country and our freedom.

In honor of Military Spouse Appreciation Day, we have collected stories from our veteran employees to share their story of them and their spouse while they were in the military.  Read their stories below:

Pam Foster—Wife to Lee Foster, CEO of Medals of America

Before reporting for duty, my husband Lee was in desperate need of a hair cut.  Unable to acquire an appointment for a “high and tight,” he enlisted my help.  Flowbee (Anyone remember those?) and instructions in hand, I proceeded to cut his hair.   My hand slipped.  The Flowbee and I removed so much hair you could see his scalp! I frantically attempted recovery, by trimming the opposing side of his head.  A grave miscalculation in judgement! In just a few rapid  movements of the device, his overgrown locks were transformed into near baldness in several locations on his head! I have promised to never attempt cutting anyone’s hair ever again!

Not so funny then, but funny now.  Back in 2003 I was deployed to Iraq.  First, we went to the desert in Kuwait in the middle of nowhere.  It had been quite some time since I had talked to my wife on the phone.  There was a tent setup to use one of those old Army phones and you had to stand in line forever to use them.  Finally, when it was my turn to use the phone, I called her.  We started talking and I was letting her know that everything was okay and suddenly there was multiple explosions going on not far from the tent.  I then proceeded to yell at her, “I got to go, we are being bombed’, and I hung up the phone.  It ended up being a burning building off in the distance containing different explosives but everyone was okay.  I felt so terrible saying what I said and hanging up on her like that, that I stood in line forever again just to let her know I was okay.  It has been over twelve years since I was in the service but my wife and I still talk about this moment every so often.

I was a bride of two weeks when I landed with Frank in Germany. He had been in country for about six months and had arranged for an apartment on the economy. We were staying at a hotel until the apartment was available. The first night there some of his buddies came over and wanted to take us out on the town. That was great except we had been traveling for I don’t know how many hours. We went to drink beer, but I was not a beer drinker, not good for living in Germany. Finally the guys got me some wine. Two glasses of wine and I was ready to take a nap at the table. The next morning he had to go to work and there I was. I did not speak German and really didn’t know anything except that I was in Nuremberg. I decided to to for a walk and to be on the safe side wrote the name and address of the hotel on a piece of paper. I left the hotel and turned right. I never left that street so could find my way back. After the first adventure I became braver.  We moved into an apartment where no one spoke English. I met some of the other wives, got my driver’s license, took German language courses and went on to spend two years in Germany traveling as much as we could.

My wife Jessica was also in the navy. We met in Pensacola FL. She was standing quarter deck watch and sharing some politically incorrect sea stories with the junior sailors. It was the honesty that got me, and now we have been married for 13 years.