Americans have long loved their heroes, from real people to fictional characters. We are inspired by their superhuman feats against the insurmountable odds. From Superman saving the planet from Lex Luthor’s malevolent plots to Clint Eastwood’s character “Dirty” Harry Callahan saving San Francisco from yet another serial killer, we stand and cheer every time good triumphs evil. It speaks to our character as a nation!

We are no different when it comes to our real life military heroes whose actions on the battlefield inspire us as their stories are told through interviews, books, movies and the gallantry of medal presentations at the White House. They inspire a cult following of sorts given their exploits in the face of America’s enemies and in unimaginable danger and seem almost surreal to us yet they survived to tell their story for generations to come. They are American military badasses, and through their actions and living inspire Americans and the world over to overcome and achieve what they once thought impossible.

Americans young and old will likely recognize the name Tammy Duckworth. A decorated war hero and currently an American Senator from Illinois, Duckworth has more than earned her badass status through both her military service and her fearless nature on the senate floor.

Duckworth’s tale of heroism begins on a normal, sunny day in Iraq. A battle captain and assistant operations officer, Duckworth and her co-pilot were flying a Black Hawk back to her home base on a routine mission when she got hit by a rocket-propelled grenade (RPG). The blast from the RPG vaporized her right leg entirely, blew up her left into the instrument panel of the aircraft and blew off the entire back of her right arm. 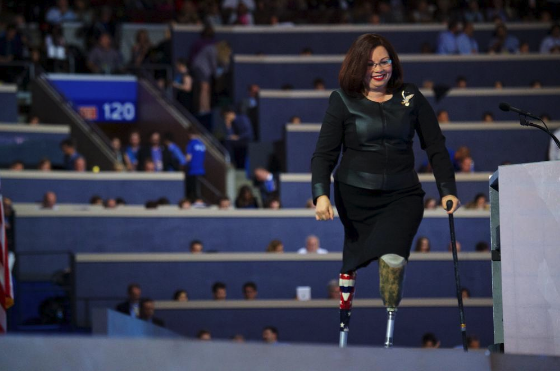 Duckworth tried to stay awake and land the aircraft, not understanding why it wasn’t responding to her pedal inputs. She hadn’t yet realized that she had lost both her feet. Although she passed out shortly after, her co-pilot suffered only minor injuries and managed to land the aircraft safely. Duckworth fought for her life in the hospital in Baghdad, where doctors worked tirelessly to save her.

Fortunately, Duckworth survived the incident, although her legs were lost forever, making her the first female double amputee. Despite her horrific injuries, the doggedly determined military veteran still wanted to serve her country. She managed to obtain a medical waiver that allowed her to continue serving as a lieutenant colonel in the Illinois Army National Guard until she officially retired in 2014. While she still claims that she’s no hero, many in the nation would staunchly disagree.

The Silver Star Medal is a medal that isn’t awarded lightly, and the recipient of the award is more than likely someone you wouldn’t want to mess with. And one of those people is Leigh Ann Hester.  Leigh Ann Hester joined the military in 2001 because it was a childhood dream of hers to serve her nation. The rarity of a woman in uniform, police or Soldier, drove her and pushed her to accomplish her dreams of becoming a respected woman in uniform.

Hester described her job in Iraq as “to clear the main supply routes and make sure that the convoys and supplies got through our area of operation safely”. Their convoy’s involvement was by total accident; they saw a small fire-fight in the distance and went to go investigate.

Hester led her soldiers on a counterattack of Anti-Iraqi Forces (AIF), where they pushed through heavy AK-47 rifle fire, PRK machine gun fire, and rocket propelled grenades, traveling through a “kill zone”. Ultimately, she cleared two trenches and eliminated three AIF with her M-4 rifle. Her heroism and unwavering bravery led her to being awarded the Silver Star.

Leigh Ann Hester sat down for an interview with Unsung Heroes, who tell the stories of America’s female patriots, and explained how her deployment to Iraq changed her life.

“Well, first off, my experience was like no other I’ll ever experience again. Secondly, the things that I saw when I was over there, whether it be the culture, their religion, their way of life, and also war, it puts a sense of realism on things and when you come back home things are so different. And it’s hard to get re-adjusted to, you know, after a year or more of seeing the types of things that go on in a third world country, especially one at war. So, it can definitely change your outlook on everything. Life, family, love, everything” 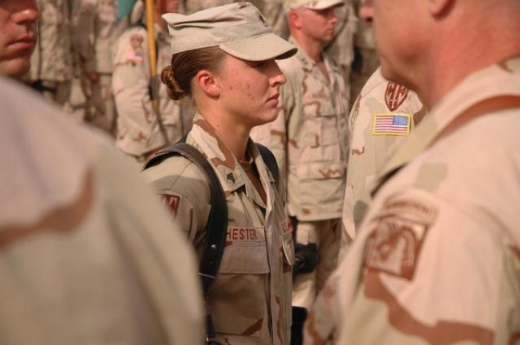 Richard “Dick” Winters of New Holland, Pennsylvania commanded Easy Company, 2nd Battalion, 506th Parachute Infantry Regiment of the 101st Airborne Division during World War II as the Army established its first airborne infantry division designed to infiltrate from the sky into combat. He led, and was part of a team of men, who jumped into Normandy as part of the D-day invasion on June 6, 1944, and fought their way to Hitler’s Eagle Nest to end the war in 1945.  His life, and that of Easy Company, later became legendary through the book, and subsequent HBO mini-series, Band of Brothers, written by famed historian Stephen E. Ambrose.

Dick Winters was an American badass earning the Distinguished Service Cross from gallantry in battle, two Bronze Stars and a Purple Heart for being shot in the leg during combat in Europe. The exploits of Dick and Easy Company are legendary. Despite all the accolades bestowed upon Major Winters, he remained humble, feeding into our admiration for a real life American hero. He gave credit to others for their collective success, stating in his 2006 memoir Beyond Band of Brothers, “The cohesion that existed in the company was hardly the result of my leadership. The company belonged to the men, the officers were merely the caretakers.”

He was discharged from the U.S. Army after the war, but was later recalled to active duty during the Korean War. During this time, as an elder statesman of the D-Day invasion, he successfully completed Ranger school but later, upon reporting for assignment to Korea, he was permitted to resign his commission, returning him to civilian life yet again.At the 68th anniversary of the D-day landings near Sainte Marie du Mont, France, a statue in the likeness of Dick Winters was unveiled, dedicated to all junior officers who served and died at Normandy. 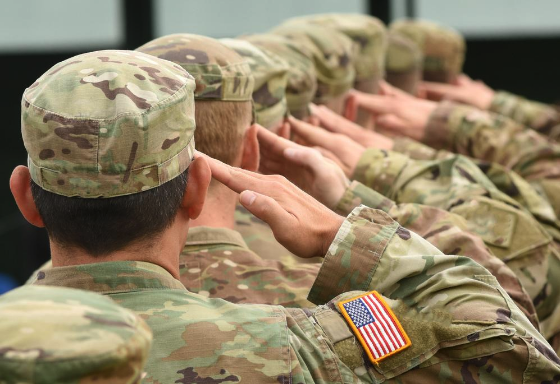 The exploits of Audie Murphy, Dick Winters, Hal Moore and many other military “badasses” are the stuff of legends–real life legends–whose personal stories inspire us to achieve more each and every day. They are a reminder that a single brave soldier can change not only the lives of those around them, but also the course of history.