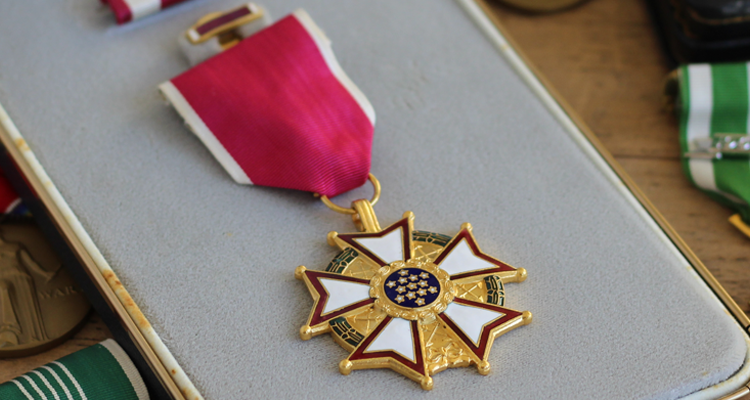 A very illustrious award, the Legion of Merit is a medal awarded by the U.S. Departments of the Army, Navy, Air Force, and Homeland Security. The Legion of Merit medal was authorized by Congress in 1942 to award members of the Armed Forces for exceptionally meritorious conduct and outstanding service.

In order of precedence it is awarded after the Defense Superior Service Medal and before the Distinguished Flying Cross Medal.

Criteria for the medal: 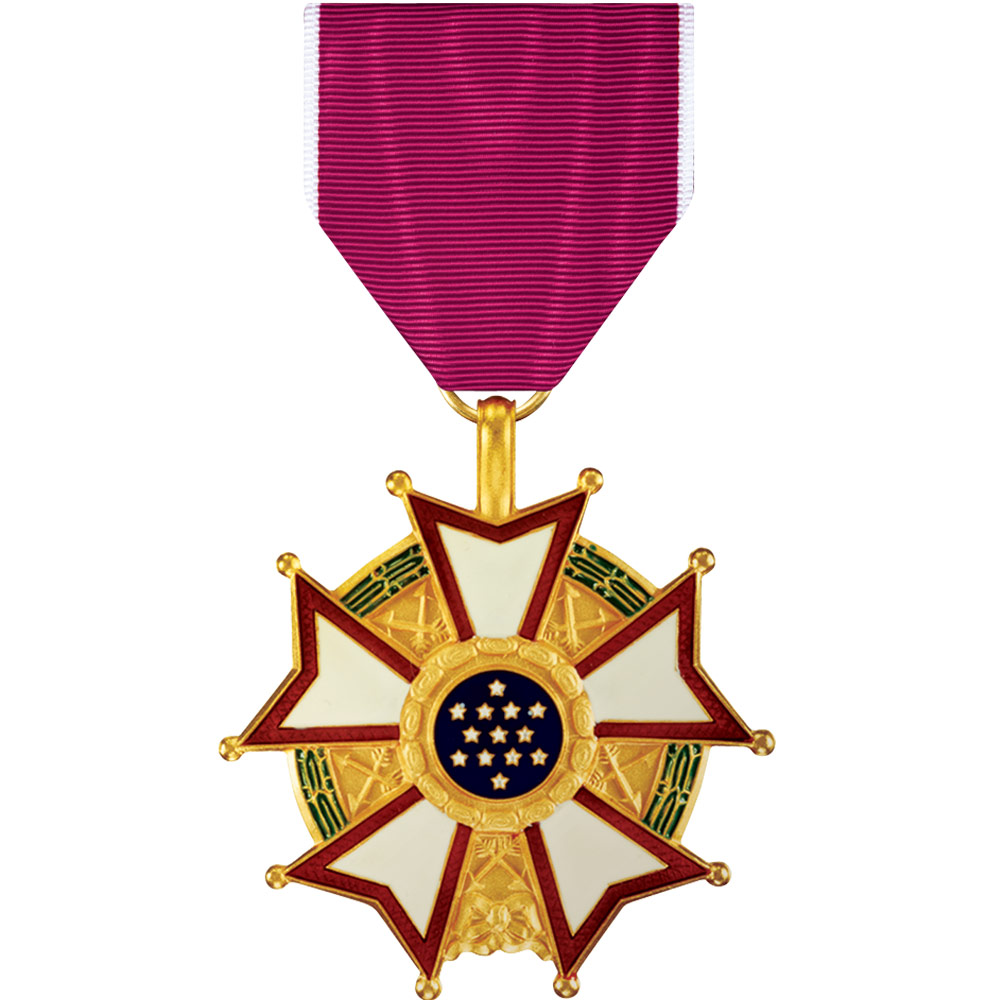 The Legion of Merit is awarded to those in key positions or responsibility and power, for their service and achievements. It is also the first U.S. medal to be awarded to citizens of other nations for their outstanding service, fidelity, and loyalty in combat or non-combat positions.

Since the Legion of Merit may be awarded to an array of people spanning from U.S. Armed Forces service members to foreign heads of state, it is awarded in four degrees to distinguish the person it is awarded to.

Like many awards the attachments associated to that award vary based on the branch of service of the recipient. Army or Air Force personnel are awarded the Legion of Merit have bronze oak leaf clusters attached to the medal to denote additional awards.

Aside from the Medal of Honor, the Legion of Merit is the only United States military medal that is worn around the neck. 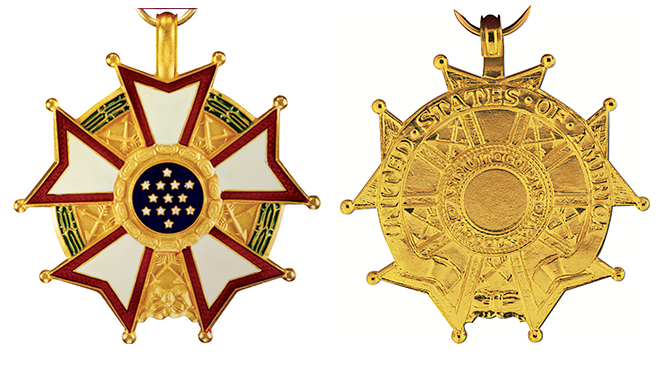 The Legion of Merit has a lot of visual similarities to the French Legion of Honor; both medals feature white five-armed, 10 pointed crosses with gold balls at the end of each point.

Surrounding each of the five points is a gold design of swords and a green border. The swords represent protection of the nation.

At the center of the medallion there is a blue circle with 13 stars, representing the thirteen original colonies and forming the “new constellation”, a name the signers of the Declaration of Independence called the United States.

The back of the medallion has the inscription: “ANNUIT COEPTIS MDCCLXXXII” and “United States of America”.

The drapery of the medal, and the design of the ribbon, has a large stripe of purple-red named “American Beauty Red” which is a close color to the original Badge of Military Merit and the ribbon is edged in white.