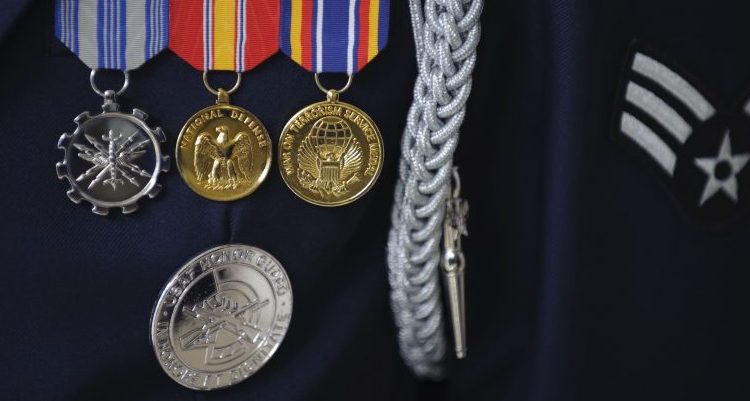 Many veterans and their families are unsure of which military medals they were awarded and often for good reasons. Twenty-five, thirty, even fifty years after military service, it is often difficult to remember or clearly identify what medals a veteran was awarded and has earned the right to wear or display. Thousands of veterans have been heard to say “I don’t want any awards I’m not authorized, but I want everything I am authorized.” So the question is, “What are the medals authorized the veteran for his military service during each conflict?”

What happened to the Military Medals?

There are a number of reasons besides the passage of time that veterans are not always sure of their military awards. At the end of World War II many campaign medals had not yet been struck and were only issued as military ribbons due to the restriction on brass and other metals for the war effort. Many unit awards had not yet been authorized and on the whole, most soldiers, sailors, marines and airmen were more interested in going home than they were in their military records. Other changes such as Congress’ decision in the 1947s to authorize a Bronze Star Medal for meritorious service to all recipients of the Combat Infantryman and Combat Medical Badge was not well known. Many veterans never realized that they had earned a Bronze Star Medal. Perhaps the most striking example is the recently approved Republic of Korea War Service Medal. The Republic of Korea offered the medal to all U.S. Korean War veterans but it was not accepted by our government until 1999. In other cases, veterans came home and stuffed their medals and awards into a cigar box which usually found its way into the hands of children and these magnificent symbols of valor and service from a grateful nation simply disappeared over time.

Today there is a wonderfully renewed interest in wearing and displaying United States military medals, both to honor veterans’ patriotic service and to display a family’s pride in military service. World War II, Korea and Vietnam veterans now wear their medals at formal social and patriotic events and a display of military insignia and medals is often in the family home place of honor.

Categories of Military Medals and Awards

As mentioned earlier, military medals and awards are divided into two categories: Decorations awarded for valor or meritorious service and Campaign and Service medals awarded for a particular service or event. Additionally, there are Unit Awards which are for unit valor and meritorious service and ribbon-only awards presented for completing special training or recognizing certain service.

Decorations and other types of Military Awards

Decorations are individual awards which are of such singular significance that most veterans and their family will remember when such awards have been presented. Decorations are noted on a veteran’s official discharge papers (called a DD Form 214) as well as published in official unit orders. However, there are exceptions, such as the Bronze Star Medal issued for meritorious service after World War II and in some cases Purple Heart medals that were never officially presented. Someone who is unsure if they received a decoration can request the National Records Center in St. Louis or other veterans records holding areas to check their records. Bronze Star, Air Medal, Purple Heart, Commendation and Achievement military medals are announced in unit orders which are normally found in the individual’s military service record.

Campaign and service military medals, unit awards and ribbon-only awards are more clearly identifiable. The Army, for example, has a campaign register which provides a clear indication of which campaign medals, unit awards, campaign stars and foreign unit awards are authorized a particular unit during certain periods of time. To aid in identifying the campaign medals authorized veterans of different conflicts and to show how they can be displayed, United States and Allied campaign military medals authorized since World War II are summarized in our resources section under Medals and Ribbons Order of Precedence Charts.

Go here to request your/next of kin DD-214 from the National Archives: http://www.archives.gov/veterans/military-service-records/