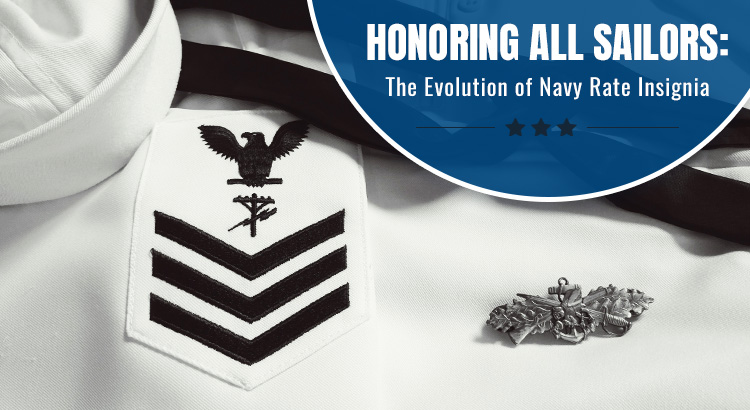 The Navy uses patches to indicate not only the rank of a sailor but the job they do, which is called a “rate.” Typical Navy rates fall under various categories, including medical, construction, aviation, and others. A handful rates have been disbanded, combined with other rates, or simply dissolved throughout the years, but those sailors still sacrificed for their team and their country.

Whether you have shoulder patches, ribbons, or pins, displaying your rate insignia and medals is a testament to your service to your country. A Navy medal rack builder can help showcase your career by mounting your awards in the correct order of precedence.

On October 13, 1775, the Continental Navy was approved in a resolution by the Continental Congress. Their initial purpose was to stop harassment of merchant vessels and disrupt the flow of provisions and arms to the British soldiers stationed in the Colonies.

From there, other ratings were added as the Continental Navy went into operation. These additional ratings include:

“Yeoman” was also used frequently for sailors in charge of administrative duties on board the ship; however, this rating was not officially introduced until 1835. While other jobs existed on board, including carpenters, cooks and medics, they were not a part of the early ratings systems.

In September 2016, the Navy announced that the United States Navy would end its ratings system and switch to a more simplified “Seaman,” “Petty Officer” and Navy Enlisted Classification Codes. The intent was to make each sailor’s job more definable for employment after enlistment and to make the titles less gender specific. They also wanted to help sailors qualify for more advancements through multiple ratings with more skills added to their ratings and job training.

What leadership did not anticipate was the immense backlash to the idea from sailors, both men and women, who saw their ratings as a part of their military identity, a source of morale and a connection to past generations in the same career tracks. In response to the backlash, Admiral John Richardson rescinded the abolishment and reinstated the ratings system only three months after the new system went into effect in December 2016.

Even though the ratings system was restored, Navy leadership is still considering how to define career fields better.

There are four levels of rates for enlisted Navy sailors. These levels are:

Beyond Chief Petty Officers, specialists make up the upper echelon of the administration of the Navy. These specialists are well-versed in warfare, technical specialties and leadership.

In addition to specialist enlisted ranks, there are the officer ranks.

These are the Officer ratings, which require significant levels of education to advance. For instance, because of the amount of schooling a doctor must go through, they can advance to Officer ratings based on their experience, education, have a minimum amount of time-in-service (TIS) and a minimum amount of time-in-rate (TIR). Many of these Officers are in charge of the ships that patrol the world’s waters. In war time, a Fleet Admiral may be named, but that has not occurred since William F. Halsey Jr. was named the last Fleet Admiral during World War II. 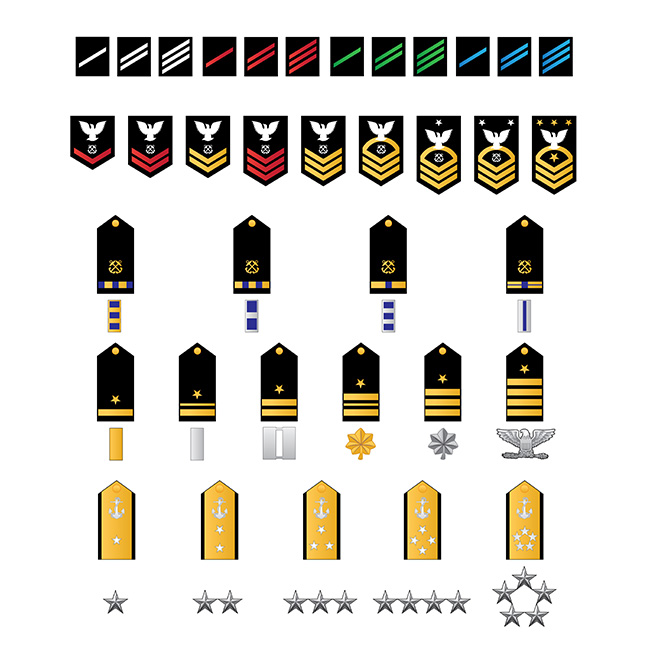 Apprentice rates are for enlisted pay grades E-1 through E-3. These ratings include:

Petty Officer rates are for enlisted pay grades E-4 through E-6 and have examinations to qualify. They are competitive positions, and they include:

As a Petty Officer, sailors are responsible for leadership of their rating. They help boost morale, provide guidance and training and make sure the sailors under their watch are maintaining the standards of behavior. Each new class is expected to take on more responsibilities and with larger groups of sailors. Petty Officers are distinguished by the amount of chevrons on their rating; First Class has three chevrons, Second Class has two chevrons, and Third Class has one chevron.

To advance through all ratings, sailors must show competency in their rate, TIS and TIR. In addition, higher rates require the recommendation of Commanding Officers, advanced education, physical fitness and satisfactory examination scores.

Navy rate insignia is displayed as a patch worn on the shoulder of a sailor’s uniform. Each type of rate bears a specific logo and color, indicating which rate category the sailor belongs to and what their rank is within that rate.

Within each rate, there are specific jobs with logos which are incorporated into the Navy rank insignia above the stripes. Currently, there are 71 ratings within each category, and each has a minimum score on the ASVAB to qualify for that job.

As technology and times have advanced, ratings have been combined, renamed or dissolved. While these ratings may not technically exist anymore, many veterans still keep their insignia on display as a testament to their time and loyalty to their rating.

When ships were being fashioned from steel, rather than wood, Molders and Patternmakers were on the front lines of repairs for damage to the ships. First, the Patternmaker would craft a wooden version of the damaged part and bring it to the Molder. The Molder would make a cast of it and then use molten metal to reconstruct the piece. The Molder would then deliver the new part to the Machinery Repairman who would machine the piece for replacement. The Machinery Repairman is the only rate left of this makeshift triumvirate of skilled sailors. 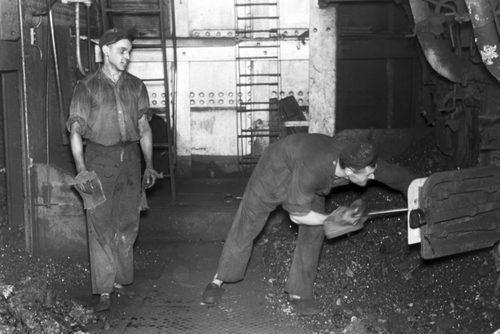 The Signalman was crucial to sending and receiving line-of-sight messages using lamps and flags. Often, these messages needed to be decoded or encoded as the Signalman communicated with their recipients. They were skilled in Visual Morse Code, Flaghoist Signaling and Semaphore. The rate was disestablished in 2003 to the surprise of many. While most U.S. Armed Forces use technical means to send and receive messages, in cases where that is not possible, Signalmen were essential to communications. Signalmen were also responsible for storm warnings, emergency signals and distress signals. Many Signalmen moved into Master-at-Arms and Quartermaster positions.

Back in the early 1900s, airships, also called dirigibles or blimps, were thought to be the future of aviation travel and warfare. Airship riggers were responsible for repairing and maintaining the airship. The use of airships was abandoned at the end of World War II because advances in technology made them obsolete. The Navy abandoned the program in 1961.

Chemical Warfaremen helped take control of a situation in the event of a chemical warfare attack. They were trained to help with decontamination, first aid and repairing equipment after a chemical attack. This rank was merged with Damage Controlman.

While the Navy long claimed that no boys under the age of 13 were allowed to serve, children as young as 5 and 6 were said to have been aboard Naval ships during the Civil War. They carried gunpowder from below deck up to the gunners who were firing the cannons. The Powder Monkeys were likely named so because of their ability to quickly run in between and around obstacles on deck to retrieve and return gunpowder to the cannons. The rate of Boy applied to these young children who likely performed a variety of duties around the ship. The Boy rate was eliminated in 1893.

If you are looking to display your hard earned medals, consider a Navy rack builder. At Medals of America, we can inspect and mount your medals. If necessary, we can re-drape any that are looking a little worn, so your medals look as pristine as the day you earned them.

Another option for preserving your medals, ribbons and insignia is to display them in a shadow box as a testament to your career of self-sacrifice and excellence. You or your loved one’s time of service in the Navy is one to be honored and remembered. There’s no better way to pay tribute to this service than by displaying your Navy rate insignia and medals in a special place in your home.