Military forces have used canines in combat as early as 600 B.C. when the Alyattes of Lydia used dogs against the Cimmerians. The earliest recordings of employing dogs in the military date back to ancient Egyptians, Greeks, Romans, and even Attila the Hun.

Clearly, Military Working Dogs (MWDs) have long had a key role in protecting and safeguarding military forces. These canines offer their loyalty, bravery, and keen sense of smell to protect and defend military service members, both on U.S. soil and abroad. 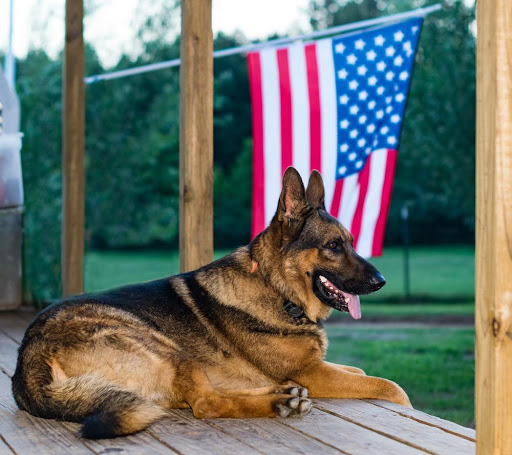 Time and again, they have shown that they’re more than fit to serve alongside their military handlers and are just as deserving of military medals and ribbons as their handlers. Through their heroic acts of bravery, Military Working Dogs have saved countless lives and have helped protect our nation. To honor these special canines for their service, let’s take a look at some of the most renowned Military Working Dogs and their courage in the face of danger:

Renowned K-9s of the Military

The Military Working Dog has had its share of heroism and fame bestowed upon it for performance in combat, as well as notoriety in Hollywood movies and as showman for military ceremonies.  From helping WWII canine recruitment to saving lives on the battlefield, MWDs have played a significant role in our military history and continue to make an impact even today.

Sallie, an American Staffordshire Terrier, was a Civil War canine who served as the mascot for the 11th Pennsylvania Infantry. Born sometime in the spring of 1861, Sallie ended up in the hands of Captain William R. Terry of Company I, who brought her into the camp where his regiment was training.

Sallie quickly took to Army life and even joined in the regiment’s drills. Later, she joined in the fighting and showed courage on the front lines, barking furiously at the enemy. She boosted the morale of the entire regiment until she was struck down by a stray bullet on July 1, 1863. Although the soldiers were under heavy fire, they put down their arms to properly bury her.

Probably the most famous Military Working Dog of a generation is Rin Tin Tin, a German shepherd who served during World War I as a German war dog. Rin Tin Tin was born on a battlefield in eastern France and was rescued when he was no more than one week old by Lee Duncan, an American soldier serving in Europe.

Duncan saved the mom and her five puppies from a mostly-destroyed dog kennel and took two puppies—a boy named Rin Tin Tin and a girl named Nanette—after they were weaned. Although both canines made the journey back home to America, Nanette soon died from pneumonia. 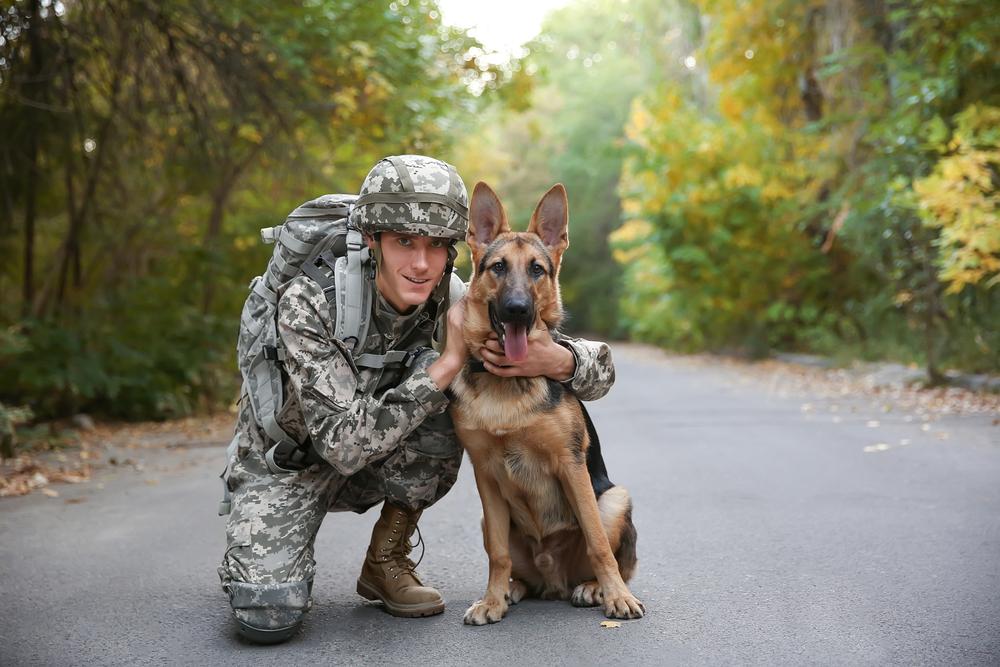 However, Rin Tin Tin went on to have a long career in Hollywood and later became a mascot for the military. When the U.S. military needed more dogs in WWII, Rin Tin Tin was the poster dog for the effort. His great grandson, Rin Tin Tin III, helped train thousands of dogs at Camp Hahn, California for the war effort.

During World War I, Stubby the Pit Bull saved an entire company from a sarin gas attack–often incapacitating and deadly for all who breathe the gas. While Stubby had no “formal training” as a stray, he fought in several battles, wounded twice, and is credited with saving countless lives on the fields of Europe.

Sergeant Stubby met three American presidents and visited the White House twice. It’s noted that famed U.S. Army General “Black Jack” Pershing pinned a medal on Stubby’s personal jacket. Today, Stubby’s remains are on display at the Smithsonian for all to pay homage to his dedicated service to America.

One of the most decorated Military Working Dogs of World War II was a German shepherd named Chip, a trained sentry. He was part of the U.S. Army’s 3rd Infantry Division and served in Germany, France, North Africa and Sicily as part of their campaigns in the European and African theaters.

On one occasion, he broke free and assaulted an enemy machine gun nest forcing 10 enemy Soldiers to surrender to his handlers. During the event, Chip was wounded and awarded the Distinguished Service Cross, the Silver Star and the Purple Heart for his bravery to protect his team and the subsequent wounds suffered. The U.S. Army, based on a policy preventing official commendation of animals, later revoked the awards.

One of the most famous military K-9s, while not specifically a Military Working Dog, is Chesty the English Bulldog who is part of the U.S. Marine Barracks in Washington, D.C. at 8th and I Street. Chesty, the Marines’ official mascot, is named after Lieutenant General Chesty Puller, legendary five-time Navy Cross recipient.

As part of his duties, he performs in official ceremonies as a member of the Marine Barracks. Chesty receives deserving promotions, medals and ribbons and can also receive “office hours” for conduct unbecoming his official duties and responsibilities. On July 6, 2018, Chesty XV assumed the duties of Chesty XIV and is doing well at the barracks as its newest Marine.

The relationship between the military and its K-9s is a special bond as they both rely on one another for safety, security and genuine companionship. It runs deep and it is often challenging to go their separate ways even when duty calls one or both to a higher calling.

K-9 units are more than just working dogs. They are special companions as their relationship reflects a strong bond between them and their handlers. It’s more than work–it’s a personal connection that endures over a lifetime!