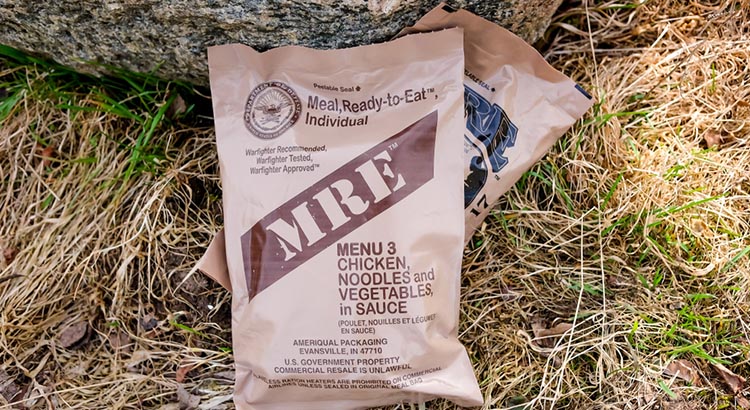 A Meal, Ready-to-Eat (MRE) is a self-contained package that includes everything you need to prepare and eat the food inside. MREs are typically associated with the military, but civilians can also purchase military-grade MREs. These MREs have become popular with survivalists, glampers and preppers and are often used in humanitarian aid in disaster areas.

MREs have changed significantly since their introduction as the Department of Defense combat ration in 1975. They are continually being improved to increase nutritional value and options. Initially, there were 12 menus, but now there are 24, which includes four vegetarian options.

The MRE typically includes an entrée, a side dish, dessert, crackers or bread, cheese and peanut butter or jelly and a powdered drink beverage. They also include an accessory pack with a flameless heater, utensils, gum, matches, hot sauce and spices.

Origin of the MRE

The MRE was brought in as the ration meal for the U.S. military in 1975. These meals were not fully tested until 1983 when the 25th infantry division ate only MRE meals three times a day for 34 days. The troops who tested these meals ate only 60 percent of the food provided to them.

Based on the results, nine of the 12 original meals were replaced, the entrée size was increased to 8 oz. from 5 oz., hot sauce and candy were added to four of the meals and a cold beverage was also added to all 12 MRE meals.

The first large-scale military effort using the MRE meals was Operation Desert Storm in 1990, and the MREs have changed once again with the addition of freeze-dried coffee, hot sauce as a condiment in all 12 menus, candy being added to four more menus and wet-pack fruit replaced dehydrated fruit.

Due to their continued use in Operation Desert Storm, shelf-stable bread and a chocolate bar that wouldn’t melt were developed and, in 1992, the flameless heater was added. 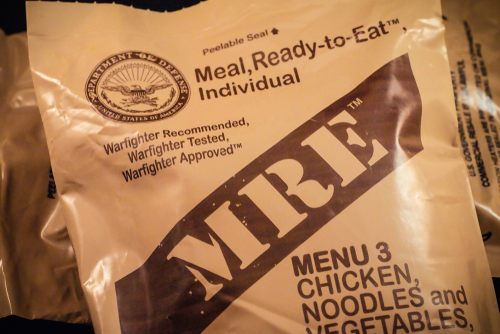 MREs are country-specific. The South Koreans’ most popular MRE contains kimchi, fried rice, sausage, white beans, almond cake and chocolate candy. The French pork and pineapple dish is a popular trade with other nations and their MRE also comes with a toothbrush. Britain’s most popular MRE menu option is chicken tikka masala, whereas the favorite Spanish MRE is tuna salad.

At Bagram Airfield in Afghanistan, troops from around the world trade food from their MRE pouch. French MREs used to be considered culinarily superior, but now American MREs are the most in demand.

MREs have significantly improved over the years and provide essential nutrients and calories to fuel our servicemen and women in combat or while training out in the field. Based on troop feedback, here’s our top three: 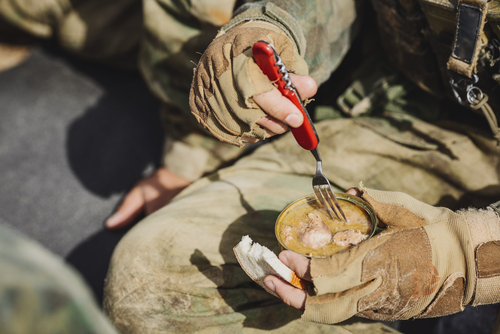 Just as there is a consensus on the best MREs, troops also unanimously agree on the worst menu options. If you are last in line for your MRE, you’d rather take a bullet than bite the bullet with these three offerings:

MREs you can buy from us

The adage “they’ll eat anything if they are hungry enough” doesn’t ring true even in combat. In recent years, MRE designers have focused more on the troops’ tastes, using menus from restaurants in base towns. This has resulted in better tasting and more nutritious military and civilian MREs.

Do you want to try a Marine’s MRE, or include MREs in your bug out bag? At Medals of America, we sell civilian MREs in cases of 12. Each randomly selected meal averages 1,200 calories.

MREs are ideal for keeping on hand in case of a disaster, but they are also convenient, which makes them a good option for camping trips, hiking adventures or hunting or fishing expeditions–and even busy First Responders.