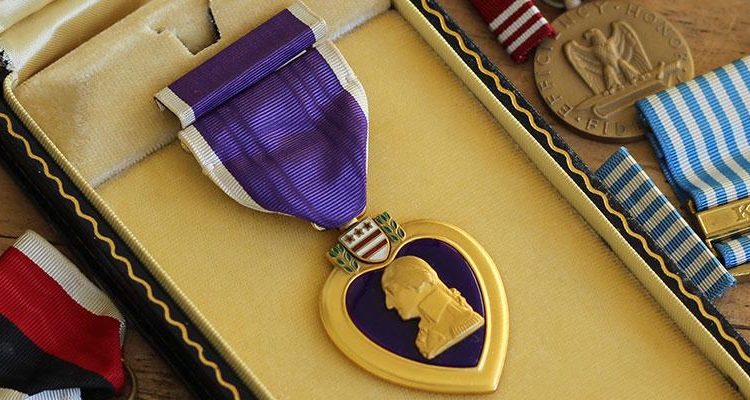 While there is no official record of every Purple Heart medal presented to an American Soldier, Sailor, Marine, Airman or Coast Guardsman, the National Purple Heart Hall of Honor estimates nearly two million Purple Heart medals awarded to worthy American service members since the military decoration was established in 1932. Of course, the awarding of the Purple Heart has occurred over a period of more than 200 years, with the very first Purple Heart awarded during the American Revolutionary War. The most recent have been awarded to American service members killed or wounded in both Afghanistan and Iraq. Please note the numbers listed below are an estimate of awardees during a specific military conflict.

The Purple Heart award was originally established by George Washington in 1782 and then designated as the Badge of Military Merit. It is thought that only three soldiers were ever awarded the Badge of Military Merit during the American Revolutionary War—Sergeant William Brown of the 5th Connecticut Regiment of the Connecticut Line, Sergeant Elijah Churchill of the 2nd Continental Light Dragoons and Sergeant Daniel Bissell of the 2nd Connecticut Regiment of the Connecticut Line. All three personally received the badge from General Washington himself in 1783.

The Purple Heart was officially established in 1932. So how is it that some 320,000 military personnel who served during World War I–which ended in 1918–received an award established in 1932? The answer is that, after General Douglas MacArthur signed General Order No. 3 establishing the Purple Heart, the medals were awarded retroactively to U.S Army personnel who were wounded in combat action or who were presented a “Meritorious Service Citation Certificate” for actions during World War I. Prominent American Purple Heart recipients during World War I include General George S. Patton and Medal of Honor Recipient Charles Barger. Charles Barger and Vietnam War Veteran Curry T. Haynes have received the most Purple Heart medals ever in American military history, with each credited with 10 medals for their actions in combat.

Get Your Purple Heart Medal

During World War II, 1.5 million Purple Heart medals were made in anticipation of the many casualties expected during the world’s second great war. However, it is thought that about 1 million were either presented, lost or stolen during the war (1939-1945). While there is no official military record regarding how many were awarded, it is estimated that just over a million American service members received Purple Hearts for their service in World War II. The U.S. service members who were awarded the most Purple Hearts during World War II were U.S. Army Officer Robert T. Frederick, with eight, and Albert L. Ireland, who earned five during World War II and four in the Korean War. 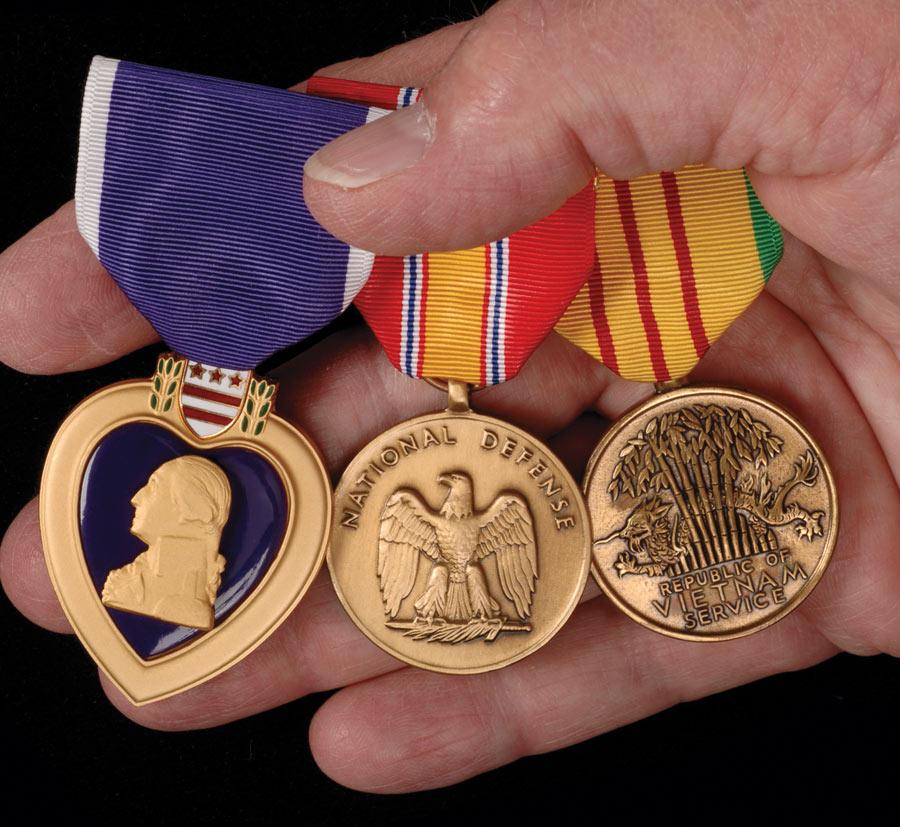 Three brave Soldiers earned eight Purple Hearts each during their service in the Vietnam War—Medal of Honor Recipients Joe Ronnie Hooper and Robert L. Howard and Special Forces Soldier Billy Waugh. Other Vietnam War veterans claimed to have received nine Purple Hearts for their service, but these claims are largely unsubstantiated.

As of  2011, over 12,000 Purple Hearts have been awarded to U.S. military service members who have sacrificed their lives or were wounded in combat during the War in Afghanistan (October 7, 2001 to present)–first called Operation Enduring Freedom and now Operation Resolute Support. The most notable Purple Heart recipient is Salvatore Giunta, who was the first Soldier since the Vietnam War awarded the Congressional Medal of Honor. As the War in Afghanistan continues to this day, the number of Purple Heart recipients will continue to rise until the conflict ends. The American service member with the most Purple Hearts during this conflict is Staff Sergeant Brandon Camacho, who earned five Purple Hearts during his service in Iraq and Afghanistan. 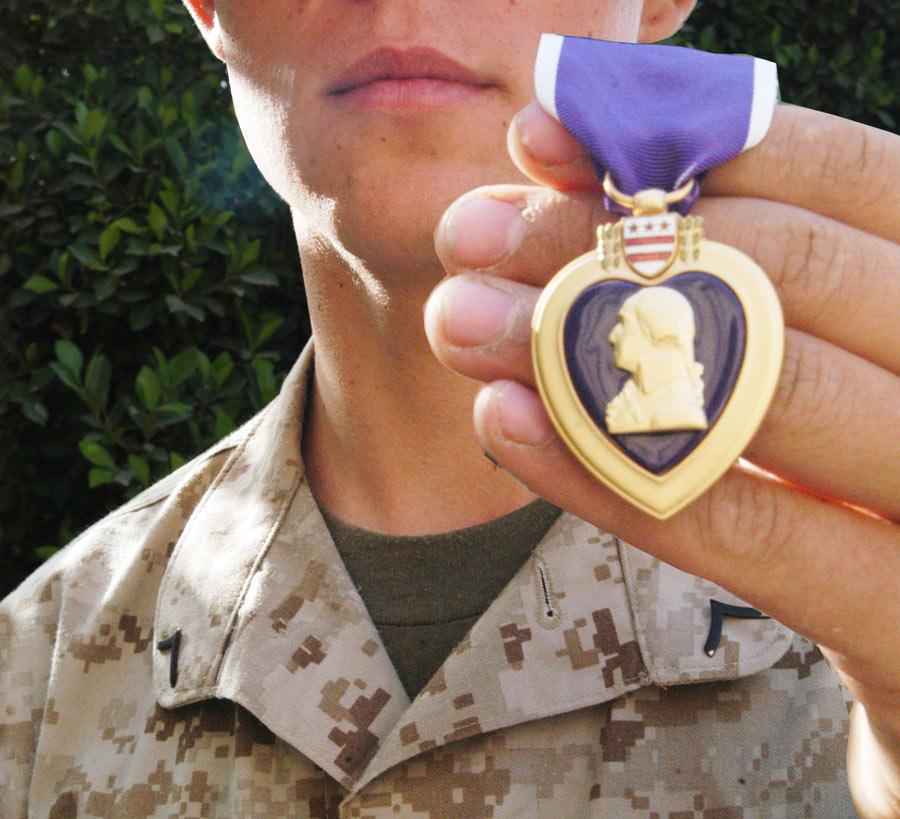 Over 35,000 Purple Hearts have been awarded to American military service members who were either killed and/or wounded while serving in combat in Iraq during Operation Iraqi Freedom (March 20, 2003 to December 18, 2011), now called Operation Inherent Resolve (June 15, 2014 to present). One notable recipient from the Iraq War is triple-amputee Bryan Anderson, who lost both of his legs and his left hand during an improvised explosive device (IED) attack in Southeast Baghdad. From this experience, Anderson penned the memoir No Turning Back, detailing his experiences in war and the horrific incident and his personal road to recovery.

The original Purple Heart, or the Badge of Military Merit created by George Washington, was intended, according to General Washington, to signify “not only instances of unusual gallantry in battle, but also extraordinary fidelity and essential service in any way.” Over 200 years later, we still use this powerful symbol of gallantry to honor the bravest of servicemen and women who stand tall on the frontlines of combat ready to defend freedom, liberty and justice for all around the world, as well as the United States of America.